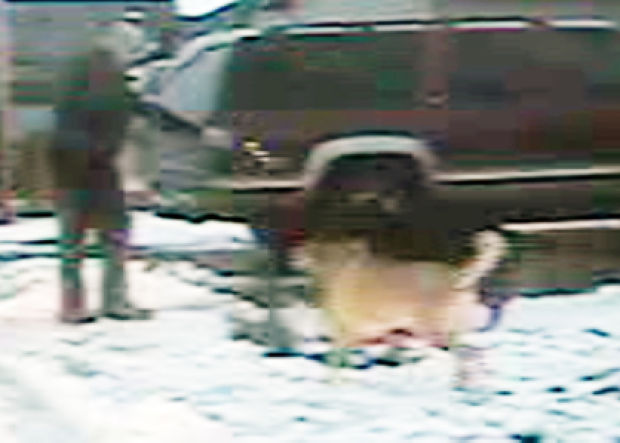 Nothing says “Happy Birthday” to a 9 year old boy like having the cops shoot and kill the family pet during the party.

On Saturday, police in Filer, Idaho responded to an “animals running at large” call.

Two Chihuahuas and two larger dogs were unleashed when the officer arrived on the scene. The officer reports that the dogs were aggressive, but the dashcam recording shows that the aggression appears to have begun with the police officer, who was shouting at the dogs and kicking at them as he opened the vehicle door.

Rick Clubb said Monday that his son’s 9th birthday party was wrapping up about 5:30 p.m. when Officer Tarek Hassani came to his home on Jacklyne Circle on complaints of dogs running at-large.

He shot the 7-year-old black labrador, “Hooch,” Clubb said, though it showed no aggressive behavior.

Clubb said he suffers Parkinson’s disease, and Hooch was his trained service animal.

“He didn’t have to pull out his .45 and shoot my dog,” Clubb said. “It was right outside my son’s bedroom. What if it had ricocheted through the window?” (source)

Filer Police Chief Tim Reeves defended Hassani, saying that the officer had no choice but to shoot Hooch when the dog took an aggressive stance.

To add insult to injury, the officer threatened the obviously distraught homeowner with arrest when he wanted to aid his dying pet instead of providing ID. The officer, who doesn’t seem to be much of a pet-lover, began regaling the homeowner in a tremulous voice with the tale of the last time he “got bit” in order to justify his action. He then cited the homeowner and gave him a ticket.

For some reason, many cops seem to think that family dogs are expendable. In another recent example, a gentle dog in a fenced back yard was shot by a police officer who was at the wrong house.

This video is horrifying and graphic. What do you think? Was Officer Hassani justified, or were the dogs doing their jobs and protecting the family home from an angry and aggressive intruder?