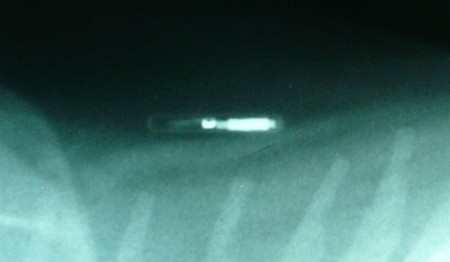 Would you like to have an RFID microchip implanted under your skin?  If you are anything like me, you would never allow such a thing to be done.  But many others, especially among the younger generations, see things very differently.  RFID microchip implants and other forms of “wearable technology” are increasingly being viewed as “cool”, “trendy” and “cutting edge” by young people that wish to “enhance” themselves. And of course the mainstream media is all in favor of these “technological advancements”.  For example, the BBC just published a piece entitled “Why I Want A Microchip Implant“.  We are told that such implants could solve a whole host of societal problems.  Identity theft and credit card fraud would be nearly eliminated, many other forms of crime would be significantly reduced, children would never go missing and we wouldn’t have to remember a vast array of passwords and PIN numbers like we do now.  We are told that if we just adopted such technology that our lives would be so much better.  But is that really the case?

As our society becomes “digitally integrated”, technologists tell us that it is “inevitable” that wearable technology will become as common as smart phones are today.  And the BBC article that I just mentioned is very eager for that day to arrive…

Ultimately, implanted microchips offer a way to make your physical body machine-readable. Currently, there is no single standard of communicating with the machines that underpin society – from building access panels to ATMs – but an endless diversity of identification systems: magnetic strips, passwords, PIN numbers, security questions, and dongles. All of these are attempts to bridge the divide between your digital and physical identity, and if you forget or lose them, you are suddenly cut off from your bank account, your gym, your ride home, your proof of ID, and more. An implanted chip, by contrast, could act as our universal identity token for navigating the machine-regulated world.

And for some people, that day is already here.  In fact, at some technology conferences people actually line up to get chipped…

This month at the Transhuman Visions conference in San Francisco, Graafstra set up an “implantation station” offering attendees the chance to be chipped at $50 a time. Using a large needle designed for microchipping pets, Graafstra injected a glass-coated RFID tag the size of a rice grain into each volunteer. By the end of the day Graafstra had created 15 new cyborgs.

How creepy is that?

In addition, scientists have now developed batteries that are powered by the human body that could be used to provide a permanent power source for implantable technology.  The following is a brief excerpt from a recent article by Kristan Harris entitled “Scientists Develop Human-Powered Battery For RFID Implantable Chips“…

A group of United States and Chinese researchers have collaborated to created a tiny implantable batteries that feed off of human energy. These thin, flexible mechanical energy harvesters have had been successfully tested on cows. The process uses what is known as conformal piezoelectric energy harvesting and storage from motions of the heart, lung, and diaphragm.

It the future, they say, it could be used to power a range of gadgets. Will it be long until you will charge your I-phone by plugging into your own body?

Of course RFID microchips don’t actually have to be implanted to be useful.  In fact, they are already being used to track schoolchildren all over the United States…

Upon arriving in the morning, according to the Associated Press, each student at the CCC-George Miller preschool will don a jersey with a stitched in RFID chip. As the kids go about the business of learning, sensors in the school will record their movements, collecting attendance for both classes and meals. Officials from the school have claimed they’re only recording information they’re required to provide while receiving  federal funds for their Headstart program.

And over in the UK, RFID microchips are being used to track children wherever they go all day long…

For those who think the NSA the worst invader of privacy, I invite you to share an afternoon with Aiden and Foster, two 11-year-old boys, as they wrap up a Friday at school. Aiden invites his friend home to hang out and they text their parents, who agree to the plan.

As they ride on the bus Foster’s phone and a sensor on a wristband alert the school and his parents of a deviation from his normal route. The school has been notified that he is heading to Aiden’s house so the police are not called.

As they enter the house, the integrated home network recognizes Aiden and pings an advisory to his parents, both out at work, who receive the messages on phones and tablets.

We are rapidly entering a dystopian future in which it will be “normal” for technology to monitor our movements 24 hours a day.  Most people will probably welcome this change, but it also opens up the door for an oppressive government to someday greatly abuse this technology.

Another type of “wearable technology” that is rapidly gaining acceptance is “smart tattoos”.

Normally, we are accustomed to thinking of tattoos as body art.  But that is about to change.  Just check out this excerpt from a recent Gizmodo article…

Everyone from neurologists to biohackers is reinventing the very idea of the tattoo. With the right technology, tattoos can do a lot more than just look beautiful or badass. They can become digital devices as useful and complex as the smartphone that bounces around in your pocket. It sounds wildly futuristic, but the technology already exists.

In fact, a company called MC10 is working on a wide range of “smart tattoos” that will be able to do some pretty wild things…

Materials scientist John Rogers is doing some pretty incredible work with flexible electronics that stick to your skin like a temporary tattoo. These so-called “epidural electronics” can do anything from monitoring your body’s vital signs to alerting you when you’re starting to get a sunburn. Rogers and his company MC10 are currently trying to figure out ways to get the electronics to communicate with other devices like smartphones so that they can start building apps.

The tattoo they have in mind is actually one that will be emblazoned over your vocal cords to intercept subtle voice commands — perhaps even subvocal commands, or even the fully internal whisperings that fail to pluck the vocal cords when not given full cerebral approval. One might even conclude that they are not just patenting device communications from a patch of smartskin, but communications from your soul.

They are calling it “wearable computing”, and what we are witnessing now is just the tip of the iceberg.

What we will see in the future is probably far beyond anything that any of us could imagine right now. The following is from a recent Computer World article…

But imagine a future where anything you might want to know simply appears to you without any action or effort on your part. You could be eating in a restaurant, and Google Glass could, for example, tell you that it’s the spot where your father proposed to your mother. Or that your friend will be late because of traffic, the salmon got bad reviews online, your parking meter will expire in 20 minutes, or the bathroom is through the bar and up the stairs to the right. Imagine that such knowledge could simply appear into your field of vision at the exact moment when you want to know it.

That’s where wearable computing is going.

All of this may sound very “cool” to a lot of people.

But what happens if we are all required to have “electronic identity tattoos” someday?

What happens if you are not able to get a job, have a bank account or buy anything without “proper identification”?

I think that you can see where I am going with this.

Technology is truly a double-edged sword.  It can do great good, but it can also be used for great evil.