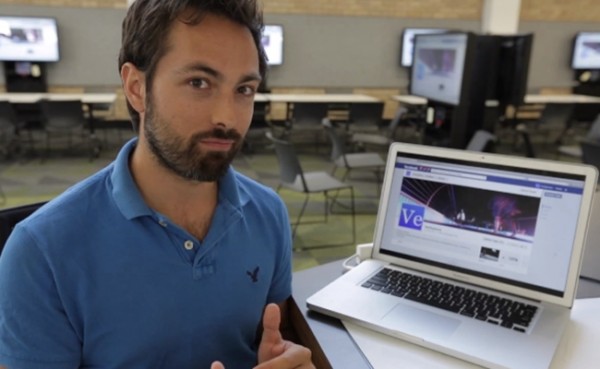 Since Mark Zuckerberg clearly isn’t satisfied with having the #2 website on the planet, he now has to nickel and dime users, then scam them by providing what amounts to imaginary traffic once they cough up the coins.

Veritasium, Youtube channel normally dedicated to science, provided the evidence that the behemoth social media network’s revenue is based on lies and outright fraud.

On the bright side, Facebook rips off everyone equally, including, ironically, the US Department of State, who spent over a half a million dollars.

Derek Muller, the founder of the Youtube channel, wrote:

My first vid on the problem with Facebook: http://bit.ly/1dXudqY
I know first-hand that Facebook’s advertising model is deeply flawed. When I paid to promote my page I gained 80,000 followers in developing countries who didn’t care about Veritasium (but I wasn’t aware of this at the time). They drove my reach and engagement numbers down, basically rendering the page useless. I am not the only one who has experienced this. Rory Cellan-Jones had the same luck with Virtual Bagel:http://www.bbc.co.uk/news/technology-…

The US Department of State spent $630,000 to acquire 2 million page likes and then realized only 2% were engaged.http://wapo.st/1glcyZo

I thought I would demonstrate that the same thing is still happening now by creating Virtual Cat (http://www.facebook.com/MyVirtualCat). I was surprised to discover something worse – false likes are coming from everywhere, including Canada, the US, the UK, and Australia. So even those carefully targeting their campaigns are likely being duped into spending real money on fake followers. Then when they try to reach their followers they have to pay again.

And it’s possible to be a victim of fake likes without even advertising. Pages that end up on Facebook’s “International Suggested Pages” are also easy targets for click-farms seeking to diversify their likes. http://tnw.co/NsflrC

The moral to this story? Facebook is no longer a freebie for marketers. And may the buyer beware.