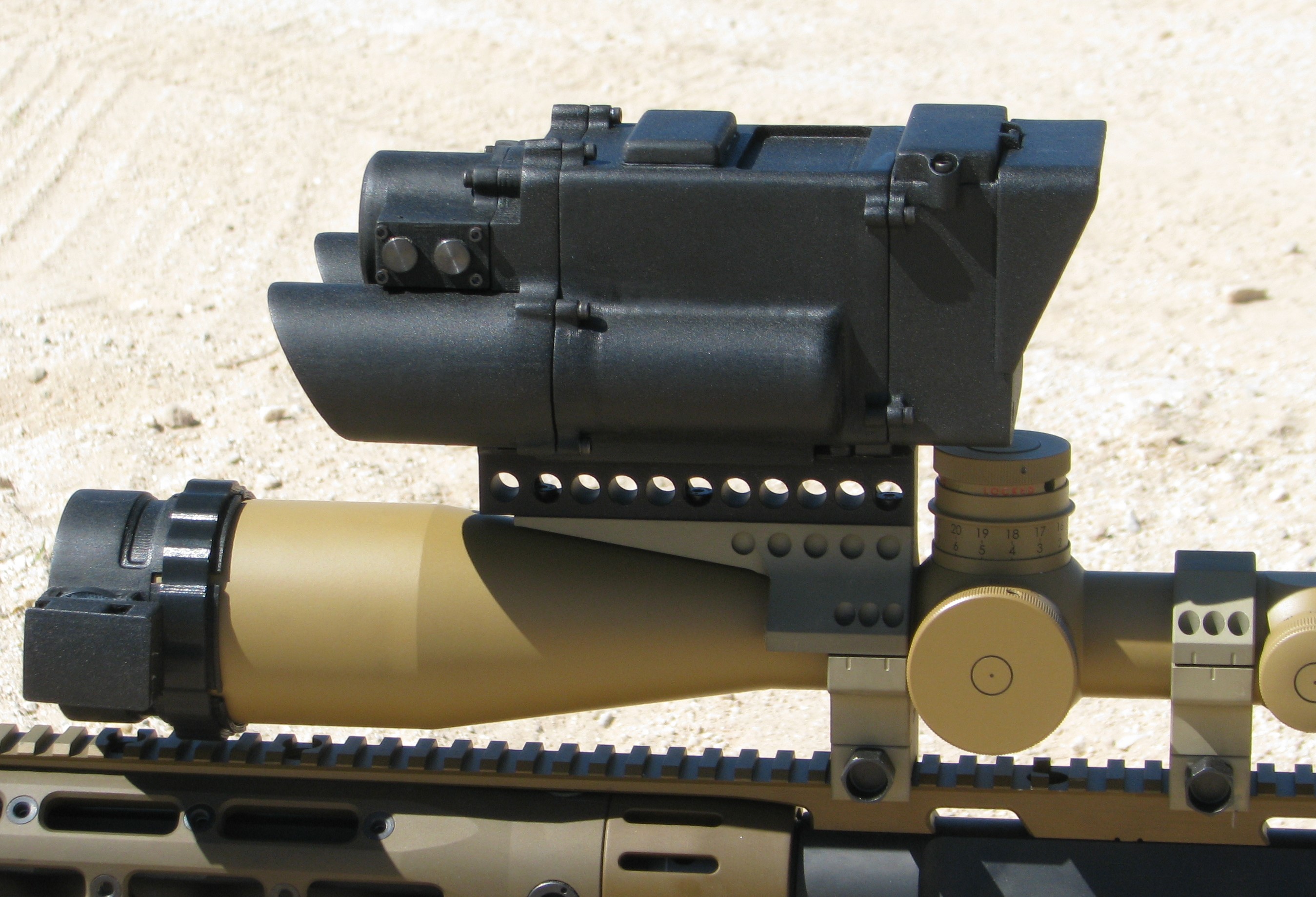 In view of the ongoing militarization of law enforcement agencies across the country, anything the military is developing is of interest as it will most likely find its way into the back of one of the armored vehicles that police forces are so fond of acquiring these days.

The United States Army is currently testing ‘smart rifle’ technology that is designed to improve the accuracy of shots. A spokeswoman confirmed reports that its equipment-testing specialists had acquired six TrackingPoint rifles as part of efforts to identify state-of-the-art equipment.

If the trigger is pressed nothing happens unless the shot is correctly lined up. This assures a hit as it prevents firing in error if the range is incorrect. It also eliminates trigger jerk.

The scope has a built in Linux computer that compensates for up to 16 variables such as temperature, spin, drift and wind speed.

According to the company behind the scopes, TrackingPoint of Austin Texas, the scope improves accuracy by a factor of five up to distances of 1,200 yards. The laser range finder allows the shooter to ‘retag’ the target rather than having to fire a second time alerting the target to the shooters presence.

In addition to the TrackPoint technology, DARPA is developing One Shot XG that can measure and compensate for cross winds of up to 33.6 mph.

Military snipers may only get one chance to hit their target. The One Shot program seeks to enable snipers to accurately hit targets with the first round, under crosswind conditions, day or night, at the maximum effective range of the weapon.

To achieve this, the One Shot system provides a measured profile of downrange crosswind and range to target. This information is then used to compensate the bullet trajectory to offset crosswind effects and range-related bullet deviations, substantially increasing the probability of a first-shot hit.

Finally, just to throw something different into the mix, Sandia National Laboratories, owned by Lockheed Martin, is developing self-guiding bullets. They steer using tiny fins, allowing them to adjust their course to hit moving, pre-designated targets.

We are getting to the point where if someone from the government wants to shoot you, there really is little chance of escape.