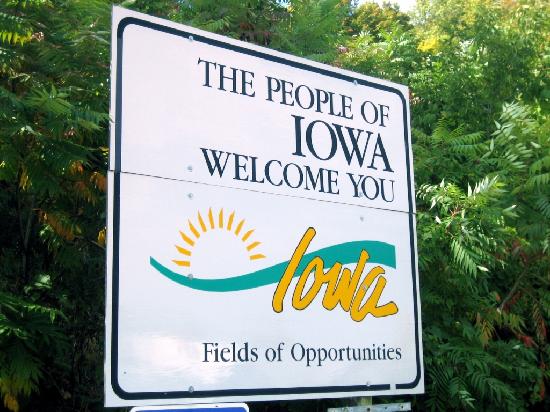 The movement to thwart NSA spying at the state level continues to grow, with Iowa becoming the 15th state to consider legislation denying support to the spy agency.

On Wednesday, Iowa state Senator Jake Chapman introduced the Fourth Amendment Protection Act. If SF2172 becomes law, the state, it agencies or political subdivisions will not “provide material support for participation with or assistance to, in any form, any federal agency which claims the power, or which purports due to any federal law, regulation, or order, to authorize the collection of electronic data or metadata of any person pursuant to any action not based on a warrant that particularly describes the person, place or thing to be searched or seized.”

“When I took the oath of office, I swore to support the Constitution of the United States of America and the Constitution of the great State of Iowa,” Chapman said. “This federal agency has usurped our Constitutional rights. My bill affirms our Constitutional rights and protects the citizens of Iowa. We have learned in recent months through investigations and through the media, the NSA is collecting and storing nearly 30 percent of all Americans’ call records, they collect and store over 200 million text messages daily, and they are tracking American’s through social media, including GPS tracking. We must not trade freedom for security. My bill may not protect all Americans, but it will certainly protect Iowans.”

Based on model legislation drafted by a transpartisan coalition organized by the Tenth Amendment Center (TAC) and the Bill of Rights Defense Committee (BORDC) called the OffNow Coalition, the Iowa Fourth Amendment Protection Act blocks state support for the NSA through four avenues.

The first prohibits state and local agencies within their jurisdiction from providing any material support to the NSA. That includes barring government-owned utilities from providing water and electricity. Second, it makes information gathered without a warrant by the NSA and shared with law enforcement inadmissible in state court. Third, it blocks public universities from serving as NSA research facilities or recruiting grounds. And finally, the legislation provides sanctions against corporations that attempt to fill needs not met in the absence of state cooperation.

“We know the NSA is aggressively expanding its physical locations, not just in Utah, but in Texas, Hawaii and other states too,” he said. “Since the NSA isn’t transparent about its plans, it’s essential to not only address where it is today, but work to get the rest of the country to say, ‘You’re not welcome here either!’ If enough states pass this type of legislation, the spy agency will find it increasingly difficult to get the support it needs to violate your rights.”

Maharrey said that even without a physical facility to address, the bill will have immediate and dramatic effect in the Hawkeye State, erasing a practical effect of NSA spying – data sharing.

“We know the NSA shares data with state and local law enforcement. We know from a Reuters report that most of this shared data has absolutely nothing to do with national security issues,” he said. “This data sharing shoves a dagger into the heart of the Fourth Amendment. This bill would stop that from happening immediately.”

The bill would also ultimately end the partnership between Iowa State University and the NSA. The school serves as as an NSA “Center of Academic Excellence.” That means the spy agency uses the school as a recruiting ground and a research facility. OffNow spokesperson Shane Trejo said state universities should not support an agency violating the highest law of the land.

“I understand the drive for funding a prestige. But our state universities cannot be allowed to prostitute themselves for a few federal research dollars. As long as the NSA continues to flaunt its constitutional restrains and wantonly violate basic civil liberties, state universities should not partner with them. We just don’t aid and abet criminal activity because the price is right,” he said.

The legislation rests on a well-established legal principle known as the anti-commandeering doctrine. Simply put, the federal government cannot “commandeer” or coerce states into implementing or enforcing federal acts or regulations – constitutional or not. The anti-commandeering doctrine rests primarily on four Supreme Court cases dating back to 1842. The 1997 case, Printz v. US, serves as the modern cornerstone. The majority opinion deemed commandeering “incompatible with our constitutional system.”

We held in New York that Congress cannot compel the States to enact or enforce a federal regulatory program. Today we hold that Congress cannot circumvent that prohibition by conscripting the States’ officers directly. The Federal Government may neither issue directives requiring the States to address particular problems, nor command the States’ officers, or those of their political subdivisions, to administer or enforce a federal regulatory program. It matters not whether policy making is involved, and no case by case weighing of the burdens or benefits is necessary; such commands are fundamentally incompatible with our constitutional system of dual sovereignty.

Tenth Amendment Center executive director Michael Boldin said he was thrilled to see Iowa join the fight against the NSA, noting that it shows just how quickly the movement has gained momentum.

“It was only a little more than a month ago that Sen. Kelli Ward in Arizona announced she would introduce the Fourth Amendment Protection Act. Now Iowa becomes the 15th state to take action. Take note America – this is a serious movement and we aren’t going away,” he said. “This isn’t going to be easy, but we’re not stopping until we win. The NSA has a choice; follow the constitution or get the hell out.”

The OffNow coalition is group of grassroots organizations and individuals spanning the political spectrum committed to stopping unconstitutional NSA spying through state and local activism.