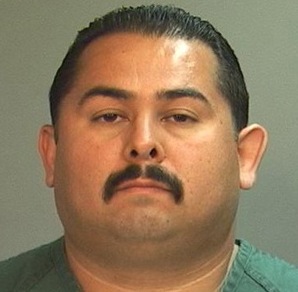 Remember Manuel Ramos, the scumbag murderer ex-cop who said, “You see my fists? They’re getting ready to f*ck you up” to Kelly Thomas before beating him into a coma?

Remember that, despite video evidence of the beating that ultimately led to Thomas’s death, an Orange County jury inexplicably acquitted Ramos and let him walk free?

That jury may have been easy on Ramos, but it appears that citizens won’t be so kind.

Last weekend Ramos visited a Denny’s restaurant in California, about a mile from where the brutal beating of Kelly Thomas occurred.

Customers recognized Ramos and began complaining about his presence.

One customer snapped a photo of him getting up to leave and posted it to the Facebook page We Copwatch: 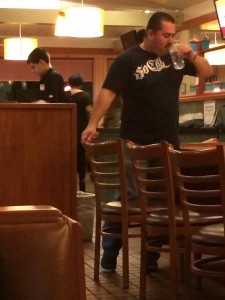 Here’s the caption that was posted with the photo:

So last night at Denny’s we saw this “cop” (the one that killed Kelly Thomas) his ass SHOULD be in jail.. & thank fully the people next to him complained and he got up and left .. I hope it is like that the rest of your life going places, Kelly Thomas has no choice of doing anything he wants to do cause of you .. Enjoy your “freedom”

Hopefully Ramos will continue to be recognized and shamed in public as a reminder that we, the people, have little tolerance for murderous thugs.

As The Shelves Get Emptier, How Long Can They Keep The Charade Going?
October 23rd, 2021 Sons of Liberty Media