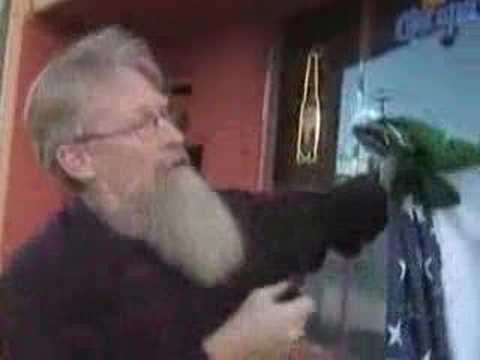 An United States Veteran witnessed a business flying a Mexican flag above the American flag in downtown Reno. Many people have seen the video from 2007, but many people have not (thus the reason for this post). The activity of flying the Mexican flag over the US flag, which is illegal, was confronted by the veteran, Jim Brossard, who courageously walked up in front of the business with onlookers standing by and was videoed taking the flags down, cutting loose the American flag and declaring, “I’m Jim Brossard, and I took this flag down in honor of my country with a knife from the United States Army.”

“They’re not going to get it back,” he declared before walking off with the US flag tucked safely under his arm.

Even more telling was that the man videoing the incident, walked up to two Hispanic men and asked them what they thought. Neither man responded verbally, but one did go over, picked up the flag, and walked into the establishment, which only allowed those 21 years of age and older inside.

Brosser has been called a vigilante by some and a hero by others. One thing is for sure, he is most definitely a patriot.

Following his display of patriotism, Ka-Bar designed a special knife to commemorate his act of patriotism and honor the man behind it. The US Army Brossard commemorative knife had Jim’s statements and an American flag emblazoned on the blade.