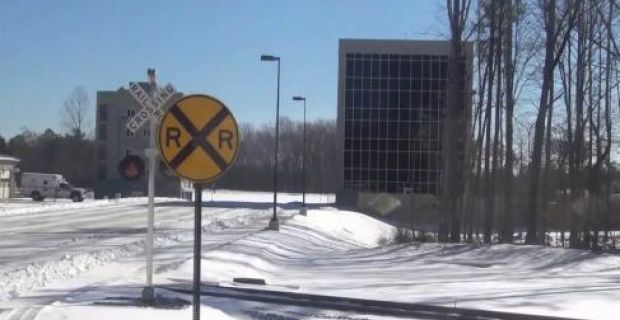 The U.S. Army has built a 300 acre ‘fake city’ complete with a sports stadium, bank, school, and an underground subway in order to train for unspecified future combat scenarios.

The recently opened site is located in Virginia and was built at a cost of $96 million dollars, taking just two years to complete.

While the city was ostensibly built to prepare U.S. troops for the occupation of cities abroad, some will undoubtedly fear that the real intention could be closer to home. Although the site includes a mosque, the town looks American in every other way, with signs in English.

The fact that, as the Telegraph reports, “The subway carriages even carry the same logo as the carriages in Washington DC,” could suggest that the site was built to double both as a foreign city and a mock domestic town.

The increasing demonization of domestic political groups as extremists has prompted numerous scenarios where commentators have suggested that U.S. Army and National Guard personnel could be needed to quell civil unrest.

In 2012, an academic study about the future use of the military as a peacekeeping force within the United States written by a retired Army Colonel depicted a shocking scenario in which the U.S. Army is used to restore order to a town that has been seized by Tea Party “insurrectionists”.

The study dovetailed with a leaked U.S. Army manual which revealed plans for the military to carry out “Civil Disturbance Operations” during which troops would be used domestically to quell riots, confiscate firearms and even kill Americans on U.S. soil during mass civil unrest.

The manual also describes how prisoners will be processed through temporary internment camps under the guidance of U.S. Army FM 3-19.40 Internment/Resettlement Operations, which outlines how internees would be “re-educated” into developing an “appreciation of U.S. policies” while detained in prison camps inside the United States.

Fort Hood soldiers are also being taught by their superiors that Christians, Tea Party supporters and anti-abortion activists represent a radical terror threat, mirroring rhetoric backed by the Department of Homeland Security which frames “liberty lovers” as domestic extremists.

Last year, former Navy SEAL Ben Smith warned that the Obama administration is asking top brass in the military if they would be comfortable with disarming U.S. citizens, a litmus test that includes gauging whether they would be prepared to order NCOs to fire on Americans.

During a recent Ohio National Guard exercise, second amendment proponents were portrayed as domestic terrorists as part of a mock disaster drill.