A New Year’s Eve celebration at a packed Seattle gay bar was set ablaze shortly after midnight on January 1. The staircase at Neighbours, Seattle’s largest and longest running gay nightclub,  was doused in gasoline and set aflame by Musab Masmari.

According to investigative documents filed in King County Superior Court, the 30-year old Masmari told a mosque friend “that homosexuals should be exterminated.” That friend, a member of the local Muslim community, went straight to the FBI because he believed Masmari may have also been planning a terrorist attack.

Kudos to the informant (something CAIR and other Muslim Brotherhood groups wish to put a stop to).

I previously reported on this incident here. Of course the lunatic left was up in arms — outraged that I would tie this jihadist’s hatred of gays to Islamic teachings and texts. But now it’s not just me, the jihadist’s mosque pal is saying the same thing.

Where are the left wing, the gay and LGBT organizations denouncing the Islamic texts that inspire such mayhem and murder of gays? Where is that fierce gay leadership condemning Muslim oppression of gays under the sharia?

Where are those brave activists who rushed to condemn me when I ran an ad campaign highlighting Muslim oppression of gays under the sharia? 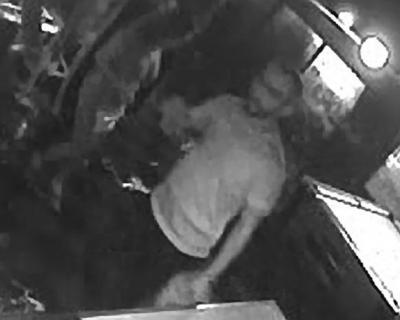 Gay organizations in America say nothing, but loudly condemned my ad campaign highlighting Muslim oppression of gays under the sharia. Why haven’t we heard from SF City Council, the Human Rights Commission, SFHRC head Theresa Sparks, and the enemedia? They called my ads hate and issued a resolution against my organization for merely quoting Muslim political leaders, spiritual leaders and cultural voices in the Muslim community who call for the torture and death of gay people.

I  was denounced by gay and transgender leaders in the US for our work to highlight the Muslim oppression of gays. The San Francisco City council issued a resolution condemning our AFDI ad campaign (the first of its kind) focusing on the vicious oppression and subjugation of gays under Islam.

KIRO 7 has uncovered explosive new details in the case of the Capitol Hill arson at a popular gay nightclub.

Suspect Musab Masmari’s motive may have stemmed from his “distaste for homosexual people.”

Masmari is charged with arson for allegedly setting the fire at Neighbours nightclub shortly after midnight on New Year’s Day.

According to investigative documents filed in King County Superior Court, the 30-year old Masmari told a friend “that homosexuals should be exterminated.” That friend, a member of the local Muslim community, went straight to the FBI because he believed Masmari may have also been planning a terrorist attack. That friend became a confidential informant.

According to the documents, Masmari first met the informant at Fatima’s Cafe near the Masjid at Taqwa Mosque on Seattle’s East Union Street, shortly after the fire at Neighbours.

The informant contacted the FBI soon after meeting Masmari because he was “concerned” that Masmari “may be planning some terrorist activity” because he spoke of “something he’s planning.” The informant told investigators that Masmari told him “he had obtained a rifle.”

The unidentified informant also said that, in the numerous conversations after their first meeting, Masmari often expressed a “distaste for homosexual people,” and that Masmari “opined that homosexuals should be exterminated.”

He said Masmari asked the informant during that conversation “whether they shouldn’t be the ones taking the responsibility upon themselves.”

Prosecutors allege it was Masmari who was captured on surveillance video the night of the fire, carrying what appears to be a gas can. He’s been charged with one count of arson and remains behind bars with bail set at $1 million. But this new information could lead to federal hate crime charges.

One wonders if that Washington judge who so readily defended jihad in the video earlier today is aware of this case.