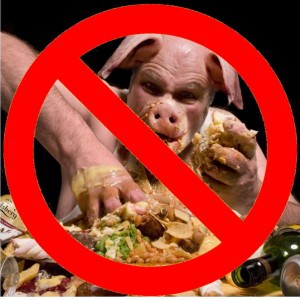 There comes a time in a person’s life when they sit back and reflect on the past. Unrequited love, lost opportunities, and personal regrets are reviewed and weighed. Each of us have, or will, go through a period of self-examination to see where we are wanting. Sort of a tyranny of regret. For each of us have a sense of objectivity that we will not discuss with others. Our feelings will be subjective, but the objective, quantitative aspects of our lives will stand out.

We will judge ourselves correctly.

But with regard of the American people, the collective mind and memory has been overwhelmed like a freight train bearing down on a penny. The weight and frequency of each segment of the train and cars warp the penny into a small pile of unrecognizable bit of copper. Oh, the penny can be reconstituted, but to do so would be re-smelting the metal, pouring back into the die, and making the penny whole.

If we allow ourselves the opportunity to review the account of the past 12 months and ask ourselves at every opportunity:

“Is this right and just?”

We can then begin to see that our rich history as a Representative Republic has been replaced with a Tyranny of the ugliest order. And each of us has to ask ourselves the only question that can be asked:

“What can I do to change this?”

Let us begin in reverse chronological order. At the end a running total can be seen of ammunition, number of contracts, and the amount spent (as it can be determined).

In this week alone, the Federal Government has issued two solicitations forammunition. Unusual in that they have either never issued such a solicitation before, or cancelled the previous solicitation after a public outcry. I refer to these stories:

Putting the finest point on the issue, we cannot afford to keep buying ammunition at this pace and at these quantities.

Further in this article you will see more wasting of Taxpayer money. To quote Plato:

…Tyranny is not a matter of minor theft and violence, but of wholesale plunder, sacred and profane, private or public. If you are caught committing such crimes in detail you are punished and disgraced; sacrilege, kidnapping, burglary, fraud, theft are the names we give to such petty forms of wrongdoing. But when a man succeeds in robbing the whole body of citizens and reducing them to slavery, they forget these ugly names and call him happy and fortunate, as do all others who hear of his unmitigated wrongdoing.  – Plato,Republic 344a-c, H.D.P. Lee translation, Penguin Books, 1955, p.73.

Continuing on with this week’s solicitations, is the revelation that the Department of Homeland Security (DHS), through Immigration and Customs Enforcement (ICE), have solicited for technology that allows DHS employees to track citizens by using license plate tracking readers on government vehicles in a system known as the National License Plate Recognition database (NLPR).

Despite being banned in states and municipalities, the Federal Government, under President Obama’s direction, isdemanding to know where people are. The NSA scandal is only one part. Those citizens who either do not have a cell phone, or do not have a smart phone cannot be tracked. However, with the hundreds of millions of cars on the road, it is statistically probable that your plate will be recorded in the database.

These sensors do not have to be placed solely on vehicles. Pole mounted devices are made available to law enforcement agencies to cover areas such as back roads and freeways.

They’ll warn that tyranny always lurking just around the corner. You should reject these voices. Because what they suggest is that our brave, and creative, and unique experiment in self-rule is somehow just a sham with which we can’t be trusted. – Obama

Last week, the Transportation Safety Administration (TSA) awarded a chemical manufacturer over $21,000 for 116 pounds of high explosive. The President of the company, Peter Wolpert, agreed to testify in the trial of the 1993 World Trade Center bombing only after being granted immunity after he invoked his 5th Amendment right to self-incrimination.

It can be said of many things about the TSA, but buying explosives in a time of financial hardship across America is the least prudent purchase they can make.

Earlier in the month, the United States Postal Service placed a pre-solicitation notice for ammunition, something it has not done in the last ten years, and was done two days after Senator Rand Paul attempted to repeal the concealed handgun ban that was put into effect in the early 1970’s.

In September of 2013, the Department of Homeland Security requested 4 million rounds of 12 gauge shotgun slugs.  DHS is requesting it for the Customs and Border Protection (CBP) and Immigration and Customs Enforcement (ICE) agencies. ICE is the same agency that wants the license plate database to be developed.

With a price tag of $17.2 million for the life of the 5 year contract, the concerning point is the incessant purchasing of billions rounds of ammunition during a time of massive unemployment, massive debt, and massive ineptitude by the Washington leadership.

In the middle of December 2012, the Customs and Border Protection Agency presented a pre-solicitation for 50,000,000 rounds of .40 S&W caliber ammunition a year, for 5 years. The contract would provide a total of 250,000,000 rounds, and ICE would also use the rounds.

ICE and CPB both have approximately 21,000 employees. This number is not solely agents, but administrative staff who would never be allowed to train with a firearm.

However, if every employee was allowed to train with a firearm, using this one solicitation alone, each employee would have the opportunity to fire 1,190 rounds a year.

Both oligarch and tyrant mistrust the people, and therefore deprive them of their arms.  -Aristotle

In September of 2013, documents reviewed in the Federal Business Online website revealed a troubling discovery relating to the incestuous relationship within the Federal Government. It may have been perceived or even an open secret, but the Department of Defense has been aiding the Department of Homeland Security to provide them with massive amounts of fully automatic weapons. Weapons that have been banned from the general population for nearly 80 years.

The DHS is not engaged in an active war, but rather seem to be stockpiling in advance for a war against the American public. The military hardware being provided to local police departments is a technique known as “Forward Placement”, or “Putting your stuff where you need it, just in case you need it”.

CPB had also requested 40,000 rounds 308 Ammunition for their “training”. The Hornady 308 Caliber, 168 Grain A-MAX TAP ammunition was originally designed for law enforcement so that they would have a bullet that would kill bad guys but not beyond the intended target. The light jacket works well on human flesh but fragments upon striking anything substantial, especially brick, concrete, or cars.

This next one is simply mind-boggling. In a time in this great country when 1 in 6 families are unsure where their next meal is coming from, the Department of Homeland Security goes whole hog in the trough of the public coffers.

And I mean whole hog.

The total cost for all these magazines?

What exactly are they buying?

Example ammunition magazine – this one is made by Armagcorp

Example storage magazine – this one is made by Armagcorp

With all the expediency of a basement sale, the week prior to the magazine request, was a contract award from the Bureau of Indian Affairs (BIA) to Goldbelt Wolf, LLC  totaling over $543,970 for military-grade hardware. The list is as follows:

For what? A Native American uprising? Or to suppress a people that are starving?

August 2013 proved to be a busy month, but instead of ICE or CPB, it was the TSA’s turn to request millions of rounds of ammunition.  TSA requested 3.4 million rounds of .357 Sig caliber rounds.

If this is starting to bore you, please keep in mind: There have been now 13 munitions contracts for more than 260 million rounds of ammunition IN THE PAST SEVEN MONTHS to the tune of nearly 1 billion dollars.

The National Oceanic Atmospheric Administration’s Acquisition and Grants Office has purchased 56,000 rounds of jacketed hollow point .40 caliber ammunition to the tune of $25,276.

Refer to the following chart:

Ammunition requires a firearm to use, and in March 2013, only 11 months ago, the DHS allocated 4.5 million dollars not on firearms, but on parts.

Below you will see a screen shot of part of the PDF file. You will also see that someone tried, miserably, to hide the dollar amount. And the amount should anger you.

We are now at a little over a year ago. With over 21 munitions contracts, over a quarter of a billion rounds ordered, and nearly 1 billion dollars being spent (not including new furniture for the Social Security Administration or the failed attempt ofDHS to buy bagpipes), this is what we have before us. There is so much more, from fraud to even more insane levels of ammunition purchasing that can be discussed – but there is simply not enough ink in the world to cover the stories.

But Americans know another adage: “Eternal vigilance is the price of liberty.” by Wendell Phillips.

And by remembering what has happened, we can prevent tyranny from ever being fed again.