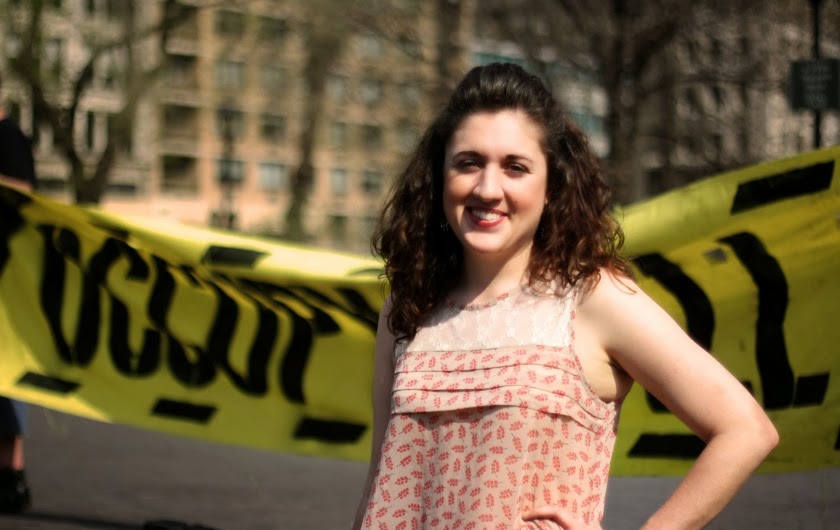 Drop the charges against Cecily McMillan. McMillan was sexually assaulted, beaten unconscious and into seizures by NY Police, but the city is charging her with felony assault over the incident.

Occupy participant Cecily McMillan is being prosecuted for felony police assault and may face up to 7 years in prison. In reality, it is the NYPD that should be on trial for their assault on McMillan. The trial has already been delayed because of the credibility of the arresting officer; however, New York City should review the case and drop all charges against McMillan.

On the Sixth anniversary of Occupy Wall Street Cecily McMillan arrived at midnight to Zuccotti Park to meet some friends and go out to celebrate her birthday. Instead, she would find herself unconscious, in seizures and badly bruised.

McMillan was not in Zuccotti to protest, but she arrived as the police began to violently break up the crowd. She felt someone grab her right breast she involuntarily swung her elbow around and hit the offender in the face. It turned out to be an undercover police officer, Grantley Bovell. She was violently arrested, knocked to the ground, unconscious and began suffering seizures while she was handcuffed. It would be 15 to 20 minutes before an ambulance arrived. Photos of McMillan show bruises from fingers that grabbed her breast, a swollen eye and other bruises.

Officer Bovell has some serious problems in his history as a police officer including alleged police abuse. As PolicyMic reports:

Officer Bovell has been accused of brutality before. He was named in a lawsuit in the Bronx Supreme Court, filed by Reginald Wakefield, a young black man who was 17 at the time, that alleges the police maliciously used an unmarked police car as a weapon to knock him off his dirt bike in the course of a pursuit. In court filings, Wakefield said his nose was broken, two teeth were knocked out and his forehead lacerated following the encounter with Bovell and other officers on March 21, 2010. The suit is still active, according to court records.

And, now it has come out that he has some serious credibility problems, as a result if he testifies his credibility will be put in doubt. The District Attorney has provided McMillan’s defense attorney, Martin Stolar, documents that show Bovell was part of 500 officers tied to the infamous 2011 Bronx ticket-fixing scandal. Stolar told PolicyMic: “He was involved and internally disciplined.”

If this case goes to trial the NYPD should be put on trial by the defense and the full embarrassment of its response to Occupy Wall Street exposed. The NYU School of Law and Fordham Law School, issued a detailed report that found that the NYPD consistently wielded excessive, aggressive force with batons, pepper spray, scooters and horses. In addition there were mass arrests that were often arbitrary, gratuitous and illegal, with most charges later dismissed. NYPD has been sued by occupy protesters resulting in settlements of $50,000, $82,000 with more still pending. NYPD abuse of protesters is a long-term problem as the 2004 protests against the RNC shows. In that case the largest settlement for police abuse in history was announced last month — $18 million. Videos show how the NYPD randomly picked people out of crowds during the occupy protests even if they were doing nothing illegal or were even involved in the protest.

And, it seems that there was a consistent practice of New York police officers grabbing women’s breasts. As anthropologist David Graeber wrote:

Arbitrary violence is nothing new. The apparently systematic use of sexual assault against women protestors is new. I’m not aware of any reports of police intentionally grabbing women’s breasts before March 17, but on March 17 there were numerous reported cases, and in later nightly evictions from Union Square, the practice became so systematic that at least one woman told me her breasts were grabbed by five different police officers on a single night (in one case, while another one was blowing kisses.) The tactic appeared so abruptly, is so obviously a violation of any sort of police protocol or standard of legality, that it is hard to imagine it is anything but an intentional policy.

But, put all of that history of NYPD violence against citizens and sexual assaults against women aside and just look at the McMillan case. Martin Stolar points out in a video that in order for there to be a crime there must be criminal intent. McMillan did not intend to assault a police officer. Her breast was grabbed from behind by an undercover officer, she reacted involuntarily by swinging around and hitting him with her elbow. An involuntarily reaction is not intent to assault someone. If there was any intent to assault someone it came from Officer Bovell, not from Cecily McMillan.

The New York District Attorney would be wise to drop all charges against McMillan before the trial begins on March 3. With the disclosures about Bovell’s past alleged police abuse and involvement in the ticket fixing scandal, their key witness is no longer credible. The history of police violence and sexual assault against woman adds to the credibility of the allegations of McMillan against Bovell and they are supported by photographs and videos. And, finally, the facts in this case do not support a criminal prosecution as there was no criminal intent.

It is time for the criminal charges against Cecily McMillan to be dropped. The NYPD has done enough damage, the District Attorney should not be adding to these injustices.

For more on this case see:

Justice for Cecily, the support group working for justice in the Cecily McMillan case.

This Occupy Activist Could Go to Prison for Standing Up to the Cop Who Grabbed Her Breast, PolicyMic by Peter Rugh, February 13, 2014.

Cecily McMillan’s Occupy trial is a huge test of U.S. civil liberties. Will they survive?, The Guardian by Chase Madar, February 13, 2014.