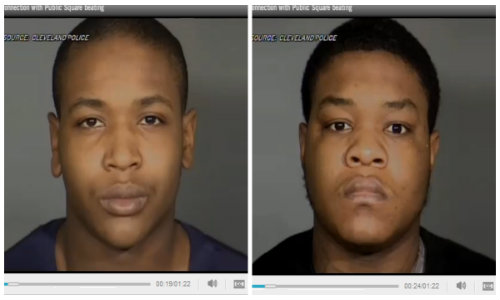 A disabled Army veteran was brutally beaten by a group of 6-8 teenagers in Cleveland on Friday, while bystanders did nothing.

Matthew Robinson, who was riding a Regional Transit Authority (RTA) bus, told station 19 Action News that a group of six to eight teenagers boarded the bus on Feb. 7, followed him off, and started taunting him near Public Square.

The girl – who was not publically identified because she is a minor – had the entire alleged attack on her cell phone, authorities said. (source)

What’s interesting is that despite widespread media coverage (here, here, and here, for example), no mention is directly made of the race of the perpetrators.  Note the careful editing of Matthew’s statement here – he mentions the attack being racist but is never quoted as specifying the race of the attackers:

‘The whole time I’m just thinking, pretty much protect myself and don’t let anybody in behind you. No-one stepped in to help, so I thought it was a shame.

‘No-one should have to deal with that kind of racism or ridicule.

‘I think there should be jail time for assaults. Who’s to say that your mother or sister couldn’t be on the bus, and the same thing could happen to them.’ (source)

It wasn’t until mug shots were shown on a video that the fact that the two young men arrested were black was absolutely confirmed. None of the mainstream coverage online had posted photographs of the alleged attackers. They posted lots of pictures of the bus, the police cars, and the victim, but prominently absent were the mug shots of the two people charged with the crime.

Captured in screenshots from a video posted on the website for the NY Daily News, here are the photos of the two men that were immediately arrested for the savage attack. 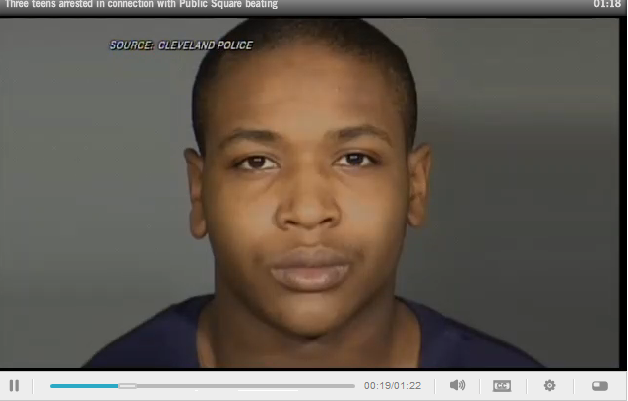 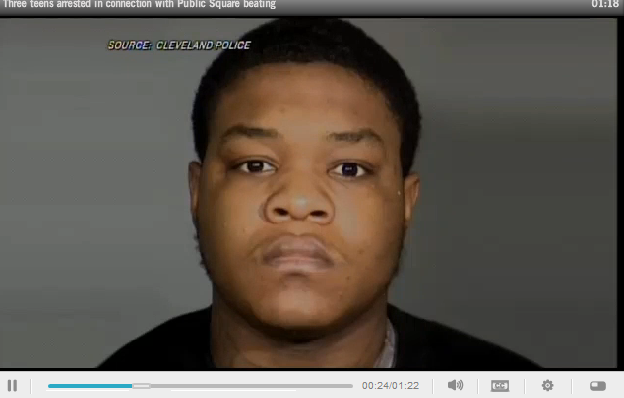 There has been no mention thus far of federal hate crime charges, despite the fact that black criminals used racial slurs against the white victim, who is shown in the following photo. 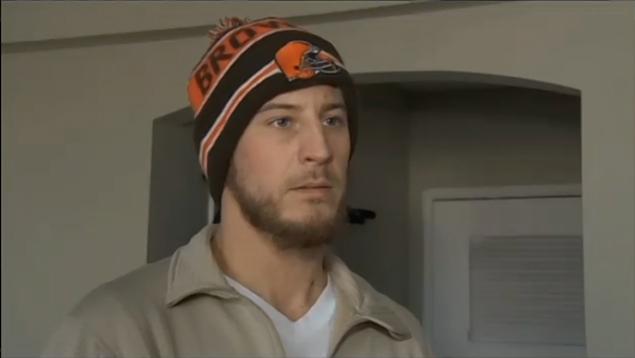 This lack of federal charges only goes to further prove the point that things like the knockout “game” are only hate crimes when a white person launches an assault against a black person.  When Conrad Barrett assaulted an elderly black man in Texas last December, he faced a substantial amount of additional jail time because the repugnant attack was considered a racially motivated hate crime.

Up until now nearly all of the attacks have been black people punching white people.  The mainstream has limited it’s coverage of this fact to avoid being considered racist.  The only reason we know that the previous attacks were perpetrated by blacks is because of mug shots and videos that were published.  Race is not mentioned throughout most of the articles.

That has all changed now that a white man has punched a black man in the face. Before, the mainstream media called it a “game” that deprived, neglected inner city youth “played”. Now that a white guy has “played”, it’s suddenly a federal hate crime.

This attack was equally as despicable as all of the attacks that preceded it.  A strong 27 year old man greeted an elderly man in a friendly manner, struck him in the face so hard that the victim’s jaw was broken, and yelled, “Knockout”, videotaping the entire thing for posterity.

The only difference is, this time the attacker was white and the 79 year old victim was black. The US Department of Justice has filed federal hate crime charges against Conrad Alvin Barrett, upping  his potential jail time exponentially as per the Matthew Shepard and James Byrd Jr. Hate Crimes Prevention Act. (source)

The charges against Barrett were justified by “experts” at the time based on the language he used during the assault.

“The reason why you have black perpetrators and white victims being prosecuted asymmetrically hinges on what evidence there is about why they’re doing what they’re doing…If suspects call the victim racial names, and one of the other witnesses testifies to that effect, it would be prosecutable as a hate crime.”(source)

“It is unimaginable in this day and age that one could be drawn to violently attack another based on the color of their skin. We remind all citizens that we are protected under the law from such racially motivated attacks, and encourage everyone to report such crimes to the FBI.” (source)

“[Barrett] also during the course used the ‘n’ word. There may be those that would say the requisite intent for the national hate crime is not there but I do believe that this would be an excellent test case.” (source)

So by this definition, if we look at the assault on Robinson, this, too, was a clearcut hate crime.  Remember? He heard the attackers say, ‘White boy.’ ‘Cracker’. They were saying, ‘Knock that white boy out’.” If the video on the girl’s cellphone backs up his statement, then federal charges should immediately be laid against each person involved in this crime.

If Justice was truly balanced, that’s exactly what would happen.  But considering the reticence of the media to call black criminals “black”, when they had no problem whatsoever gasping in shock over the “white” Conrad Barrett attacking a black victim, I strongly suspect that we will become old and gray waiting for the Department of Justice to step up and charge Matthews and Williams with a hate crime.