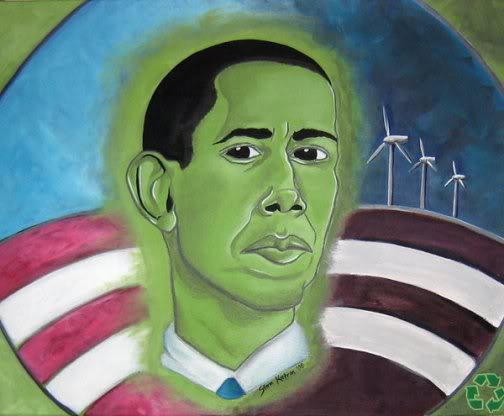 8,000 people die in the UK every year due to what is being called “Fuel Poverty”. Fuel Poverty is a trendy term for those who can’t afford to heat their home because all the solar panels and windmills, the coal bans and the wars on fracking have made it too expensive for people not to freeze to death..

The left, which never misses a chance to blame profiteering for the failure of its policies, is staging “Die-Ins” outside energy companies to protect the real “Die-Ins” that they caused. But the real “Die-Ins” don’t involve bored university students lying down on the concrete and posting the results to Tumblr. They end with the generation that saved Europe from Hitler dying in their own homes.

Rising fuel prices can in no small part be attributed to environmental mania. Energy companies are not run by saints, but neither do they have an interest in pricing their product out of the reach of ordinary people. It’s hard to sell home heat to the dead or the destitute. On the other hand environmentalists do indeed want to make it hard for ordinary to be able to afford to heat their homes. That’s not a conspiracy theory. It’s their policy.

Talk of using carbon credits for “super-energy efficiency” is an admission that a movement using dead seniors as a prop is actually pushing to make energy use as expensive as possible and to reduce its use as much as possible. The “Die In” crowd isn’t for lowering energy prices, it’s for adding more taxes that will benefit their own parasitic clean energy experts.

Say what you will about energy companies, but their business plan involves selling a product. The anti-energy environmentalists want to make it as expensive as possible. The costs of their policies are not just a talking point, but a grim reality.

The family that has to choose between feeding their children or being able to drive to work and heat their home is not a talking point; they are the new Kulaks, the victims of an ideological activist policy that is killing innocent people for the Green greater good of the environment.

Stalin killed millions to industrialize the Soviet Union, the Green Left is preparing to kill millions to deindustrialize North America, Europe and Australia. It’s already doing it. While its activists are trying to peg the blame for fuel poverty fatalities on a government which is badly out of cash, it need look no further than its own activists and celebrities who preach the green life from their mansions.

Clean energy has become the new Communism, an ideological program that can never be achieved, but for which we must all strive no matter how many die all along the way. In Scotland, the perennially deranged Scottish National Party called for generating 100 percent of the country’s electricity from wind, wave and tidal power by 2020.

This plan would add 900 pounds to the average fuel bill. And that is how fuel poverty gets started.

Wales, which has the highest fuel poverty rate in the UK, is working on one of Europe’s largest wind farms and has a plan for total clean energy by 2025, if anyone is still alive and hasn’t frozen to death. Wind farms don’t tend to do too well in the cold and human beings don’t do too well without heat.

The current “green” policies will see higher prices for two out of three homes in the UK by the end of the decade. It’s not energy companies, but government policies that are responsible, especially when companies and homeowners get saddled with the cost of wind farms and various voodoo measures to fight global warming that mainly end up putting money in the pockets of well-connected Greenies.

Americans complaining about high gas and oil prices can buckle up because that is only a taste of what is coming this way. Two years ago UK petrol prices hit 6 pounds per gallon. That’s nearly 10 dollars, though for the imperial gallon which is higher than the US gallon. If you think it costs a lot to fill up a tank now, consider that the UK has a better ratio of production to population than we do. The high prices aren’t an accident, they’re part of the green program.

The Obama agenda isn’t to make energy prices affordable, it’s to make them so horribly impossible to afford that we’ll use less energy.

Fuel poverty is the agenda here and we know that’s so because he told us so.

“We can’t drive our SUVs and eat as much as we want and keep our homes on 72 degrees at all times  and then just expect that other countries are going to say ok,” he said. And, “If somebody wants to build a coal-powered plant, they can; it’s just that it will bankrupt them because they’re going to be charged a huge sum for all that greenhouse gas that’s being emitted. That will also generate billions of dollars that we can invest in solar, wind, biodiesel and other alternative energy approaches.”

That doesn’t mean Obama can’t heat the White House at 72 degrees or Hawaii level temperatures. It means that you can’t do it. That’s what fuel poverty really means. It means you have to freeze and if you die, then the community organizers of tomorrow will use your corpse as a prop in their ghoulish protests outside energy companies which have to not only cover all the clean energy boondoggles, but also take the blame for passing on the costs.

The only thing that can end fuel poverty is cheap energy and that is what the left is dead set against.

Yet oddly enough there was a time when people were able to heat their homes and drive their cars, when they were even able to carry shopping bags, minus Wales’ tax on shopping bags, and afford to eat. That brief golden period was stomped out by the friends of the working class, who knew how urgent it was to make life harsh and miserable and who are busy finding ways to make it even worse.

Clean energy is supposed to make for energy independence, but since going green the UK has become a net energy importer. Scotland risks going the same way. Enough ideological investment in not-ready for prime time technologies leads to people freezing to death and purchases of energy from outside to cover the shortfall.

When all else fails, fake the figures. Promise impossible energy savings from energy efficiency. Obama’s original stimulus plan focused heavily on energy efficiency in order to save money and create jobs. It accomplished neither goal, but the right people in the right companies got paid, which is how it always works.

Green is too big to fail, even when people are turning blue. The left from Prince Charlie to the Caliph of Chicago keep telling us that we have to make do with less and part of making do with less is shivering in homes without heat or the planet will be destroyed.

You can’t make an energy efficient omelet without killing 8,000 or so people a year.

Progress doesn’t just mean unsightly factories and people putting on suits and going to work in corporations and all the other things that the left despises. It means the technological progress to keep large numbers of people from dying.

If the US or the UK are to embrace the living standards of Africa as Prince Charles would like us to, they will also embrace its mortality rates. A reduction in the standard of living at this scale and on such a comprehensive level amounts to mass murder.

The Soviet Union killed millions for its ideology. The Western left has only begun and the day will come when a few thousand pensioners dead in their homes will be weighed as the smallest part of their toll.