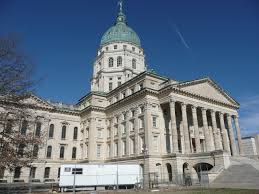 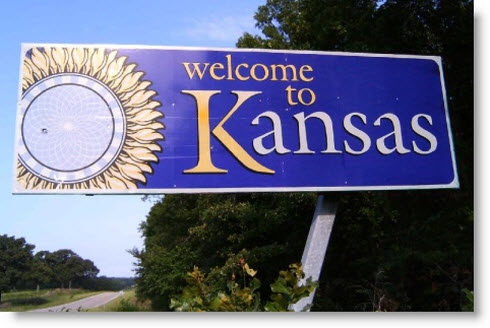 By Andrew Hiller courtesy of The Voice of Russia

WASHINGTON (VR) – A bill titled HB 2543 which passed the Kansas House with a 72-49 majority is causing ripples across the nation. Supporters say that the bill protects the religious beliefs of business owners if they should choose to refuse to serve a client. Others are saying that the law amounts nearly to a new form of Jim Crow Law and call it “anti-gay”.

Noland believes that the bill is a victim of misinterpretation and fear. He says that the bill was born due to some lawsuits which unfairly punished business owners who chose to turn away clients because of their religious convictions.

“In Colorado specifically there is a bakery owner who has actually been threatened with jail time if he fails to provide services to homosexual couples in celebration of their wedding.”

Noland says this case is one of many. He cites another example in Oregon involving a florist who has been targeted for discrimination. In short, what the bill’s supporters are seeing is a trend of advocacy that they fear threatens the rights of business owners. What HB 2543 attempts to do is create protections for people who have religious views about the institutions of marriage.

“And we simply are stating, if you are a business, ah, and you are approached by a same-sex couple regarding marriage related activities that if you have objections to homosexual marriage you should not be pursued by legal action for stating that fact and declining services.”

For Noland, this is not a new thing. Businesses do have the right to turn away customers for any number of reasons unless they are in a federally or state protected class which includes segregation by race, religion, and gender, “and currently in Kansas gender identity and sexual orientation is not a protected class.”

Noland does concede that if we replace homosexual with any other group this bill would make many nervous. He also believes that a very strict and narrow interpretation is important so as not to damage the rights of Kansans.

“I think we need to be very careful. Any time we’re doing work to protect religious liberties, we need to be very careful in how we go about doing this. And like I said, these are laws that have been passed in other states. We’ve heard this parade of horribles, of all these hypotheticals, and things that they’re claiming will happen if this law is passed, and we simply haven’t seen these examples in other states.”

While some don’t see this bill as a slippery slope, the Libertarian Party of Kansas was a bit blunter in its assessment of the law.

The Libertarian Party of Kansas (LPKS) is encouraging the Kansas Senate to use better judgment than they believe was demonstrated by the representatives in the Kansas House when they passed HB 2453, an Act concerning religious freedoms with respect to marriage.

The Libertarian Party has a number of serious concerns with the bill which they believe make the proposed law unacceptable for Kansas.

To read the rest of their position please visit the link below.