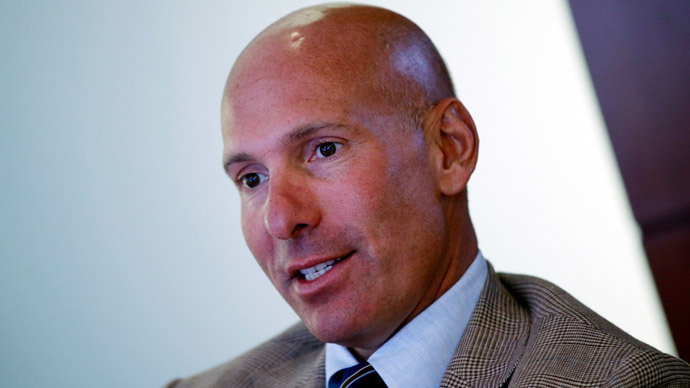 A controversial trade deal being touted by the White House is expected to give American corporations broad new authority if approved. Now according to newly released documents, big banks gave millions to the execs that are now orchestrating the agreement.

Investigative journalist Lee Fang wrote for Republic Report on Tuesday this week that two former well-placed individuals within the ranks of Bank of America and CitiGroup were awarded millions of dollars in bonuses before jumping ship to work on the Trans-Pacific Partnership on behalf of the White House.

The Trans-Pacific Partnership, or TPP, is a widely-contested trade deal between the US and 11 other nations adjacent to the Pacific Rim, and has been negotiated by representatives for those countries in utmost secrecy. According to leaked excerpts of the TPP and remarks from experts following the news closely, though, it’s believed that the arrangement would allow corporations to oppose foreign laws while at the same time limiting the abilities for governments to regulate those entities.

On Tuesday, Fang wrote that two major United States-based financial firms have significantly awarded former executives who have since attracted the attention of President Barack Obama and subsequently been offered positions that put them directly involved in TPP talks.

Former Bank of America investment banker Stefan Selig, Fang acknowledged, received more than $9 million in bonus pay after he was nominated to join the Obama administration in November. And Michael Froman, the current US trade representative, was awarded over $4 million from Citigroup when he left them in 2009 in order to go work for the White House. Republic Report were provided those statistics through financial disclosures included in Fang’s article.

When Selig was asked to head the International Trade Administration by the White House last November — a Commerce Department job — the New York Times considered it “a rare appointment of a Wall Street banker by the Obama administration.” If he is confirmed by the Senate as expected, he will work directly with US trade officials on hammering out final arrangements for the TPP. Froman has been the US trade representative since last June, and according to his biography on that department’sofficial website, is directly overseeing TPP discussions.

In Fang’s report, he noted that such hefty bonuses aren’t unusual on Wall Street.

“Many large corporations with a strong incentive to influence public policy award bonuses and other incentive pay to executives if they take jobs within the government,” he wrote.

But with the TPP expected to have serious implications on the corporate and financial realms, the appointments of Selig and Froman raise new questions about the potential influence of Wall Street on an already widely-disputed trade deal.

“The controversial TPP trade deal has rankled activists for containing provisions that would newly empower corporations to sue governments in ad hoc arbitration tribunals to demand compensation from governments for laws and regulations they claim undermine their business interests,” Fang acknowledged.“A fact-sheet provided by Public Citizen explains how multi-national corporations may use the TPP deal to skirt domestic courts and local laws. The arrangement would [allow] corporations to go after governments before foreign tribunals to demand compensations for tobacco, prescription drug and environment protections that they claim would undermine their expected future profits.”

“Not only do US treaties mandate that all forms of finance move across borders freely and without delay, but deals such as the TPP would allow private investors to directly file claims against governments that regulate them, as opposed to a WTO-like system where nation states (ie the regulators) decide whether claims are brought,” Boston University associate professor Kevin Gallagher told Fang.

When WikiLeaks released a draft version of a section of the TPP last year, the anti-secrecy group warned that “Particular measures proposed include supranational litigation tribunals to which sovereign national courts are expected to defer, but which have no human rights safeguards”

“No wonder they kept it secret,” internet entrepreneur Kim Dotcom told RT at the time. “What a malicious piece of US corporate lobbying. TPP is about world domination for US corporations. Nothing else.”

Last month, leaked memos obtained by the Huffington Post suggested that the US has lost almost all international support from the 11 other Pacific Rim nations engaged in TPP discussions.