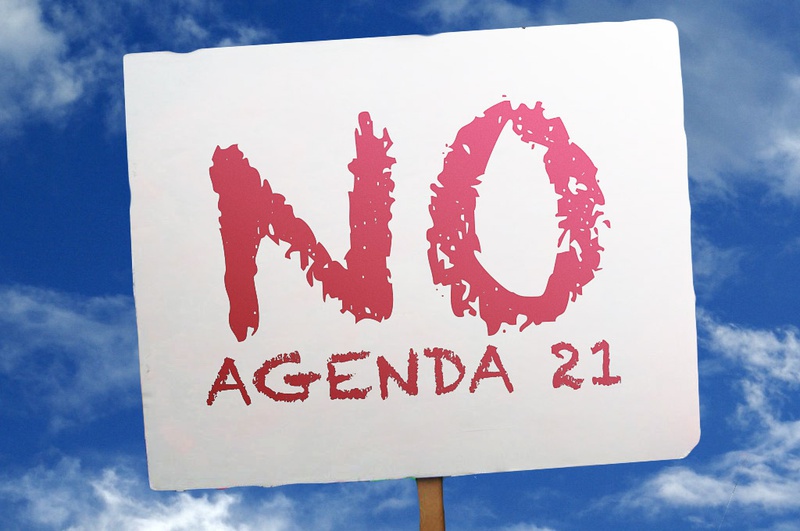 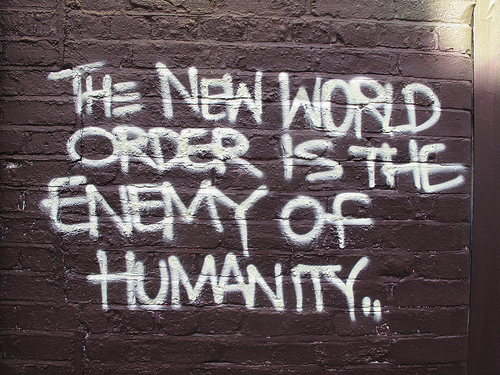 The United Nations, not satisfied with its Agenda 21 policies and eugenics programs, has come up with another way to deprive us of food. On the back of ‘research’ conducted by their International Seabed Authority, they have invited companies to apply for deep sea mining licenses. The idea of exploiting the gold, copper, manganese, cobalt and other metals of the ocean floor has been considered for decades, but only recently became feasible with high commodity prices and new technology. The study by the United Nations that the mining operations will cause “inevitable environmental damage” according to the ISA study. There have already been 19 licenses granted, and another seven are due to be granted over the coming weeks and months. According to the UN website:

Under the UN Convention on the Law of the Sea, the ISA was set up to encourage and manage seabed mining for the wider benefit of humanity – with a share of any profits going to developing countries.

In 1970 after years of intensive efforts, the UN Assembly unanimously declared the seabed and ocean floor beyond the limits of national jurisdiction to be the common heritage of mankind and convened a conference in 1973 which would lead to establishing the International Seabed Authority to organize and control all activities in the Area with a view to administering resources. (source)

So for almost half a century, the UN has been scheming and plotting to work out how to pull this off. They have waited for the technology to become available, and now it has its all systems go. Several things come into play here. Firstly, they may have declared the sea bed as belonging to no nation but what about the water on top of it? It will be very interesting as this expands across the oceans of the world, to find out what country A will do if country B is sending mining ships into its territorial waters without invitation. That though, is a minor issue compared to the effect on the food chain. The Food and Agriculture Organization of the United Nations (FAO) said in 2005:

Over 852 million people on this planet don’t have enough to eat. That certainly doesn’t promote sustainable development. Millions of medium- and small-scale fishers and fish farmers, often very poor, depend on fishing and aquaculture. For FAO,  fishing and aquaculture are first and foremost about people earning a living and putting food on their tables, and we do think it can be done sustainably. Fishing and fish farming contribute to food security in three main ways. They directly increase people’s food supplies, providing highly nutritious animal protein and important micronutrients while doing so. Fish food also “fill in the gaps” during times when other food is scarce. Finally, fishing and aquaculture provide jobs and income that people use to buy other foods  Just over 100 million tonnes of fish are eaten world-wide each year, providing two and a half billion people with at least 20 percent of their average per capita animal protein intake. This contribution is even more important in developing countries, especially small island states and in coastal regions, where frequently over 50% of people’s animal protein comes from fish. In some of the most food-insecure places — many parts of Asia and Africa, for instance — fish protein is absolutely essential, accounting for a large share of an already-low level of animal protein consumption. (emphasis added)

That was nine years ago. The population has increased in those nine years so the numbers will, if anything, be higher. Ichiro Nomura, Assistant-Director General of the FAO made these comments in an interview in Rome on June 7, 2005. The United Nations has openly admitted that  mining of the sea bed will cause damage to the environment, and that environment is the ocean. The extent of the disruption to the ecosystem is unknown, but you can bet that if the United Nations is admitting it is going to happen, then it’s going to happen big time. As this is not something that has been done on a commercial scale before. Companies will be learning as they go along. This is hardly a sound strategy when a sizeable proportion of the global population gets more than half of their animal protein from fish. Scientists have pleaded with the UN to stop and think before allowing companies to start their operations. The American Association for the Advancement of Science (AAAS) is calling for responsible stewardship of the ocean floor. All the licenses issued so far are to governments and large contractors such as Lockheed Martin, and an area the size of Mexico is covered by these ‘prospecting’  licences. (source) Feeding the world is going to be enough of a problem with the natural and/or man made weather anomalies that are sweeping the planet. Weather experimentation looks like it will continue unabated now that the military has decided that it’s theirs to do whatever they want with. It’s becoming blatant that what they want is to be able to use the weather to manipulate agriculture, because by controlling agriculture they control the food supply, and as we are all aware, controlling the food allows you to control the people. History proves that rebellious and starving populations can be subdued by the giving of food supplies. The threat of withholding those supplies will make the majority of the population behave for fear of starving. Reducing the population by starvation, regardless of the cause of that starvation, is the only way they can pass the mass deaths off as ‘natural’ events. “The weather did it” “Global warming did it” Those that acquiesce, who swear allegiance to the new global leaders, will be given food. The rest will die. Those who live will be the workers who live only as long as they serve those in power. The United Nations and their partners in crime, the governments of the First World will settle for nothing less than a One World Government. A New World Order where they wear the crown, and their puppets, the presidents and prime ministers who have already bought into the plan, rule over those that are left when the genocide is over.

Genocide noun The deliberate killing of a large group of people, especially those of a particular nation or ethnic group. ‘a campaign of genocide’

I would say that 95% of the human population definitely constitutes a large group.