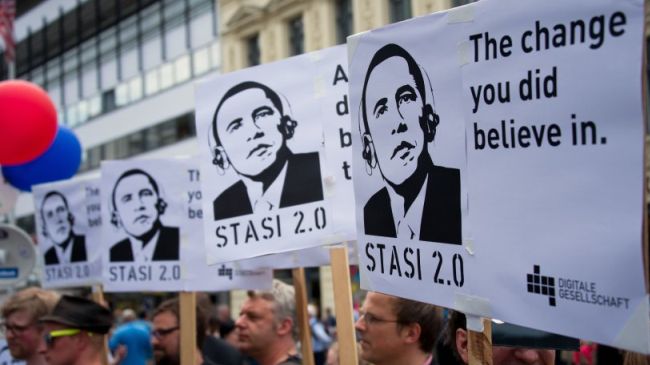 Note: The Lorde story is likely a hoax, but it nevertheless captures the truth of the situation.

American taxpayers have built an entire city in Virginia so that the Pentagon, can practice occupying American cities and putting down protests by US citizens. (Source: Prison Planet) This fake city is the training ground for the doctrine outlined in a leaked US Army document, here, that describes how soldiers are to be trained to put down domestic disturbances and process prisoners through detainment camps where prisoners will be re-educated to appreciate US policies. In situations of “extreme necessity” the training embraces deadly force: “Warning shot will not be fired. When a firearm is discharged it will be fired with the intent of rendering the person(s) at whom it is discharged incapable of continuing that activity or course of behavior.” Lecturers in the training courses describe constitutionalists as “domestic extremists.”

The Army is being trained for domestic police duties that are in violation of the Posse Comitatus Act that prevents the use of the military for domestic law enforcement, another indication that Washington has no respect for the country’s laws and that Obama and his “Justice” Department have no intention of enforcing the laws of the land or abiding by the Constitution.

Where is the media outcry? Where are the law schools? Where is Congress? A government that disregards the laws of the land is both treasonous and tyrannical. Yet, not a peep from “the free and the brave.”

The US government and its puppet auxiliary, the UK government, have turned with vengeance against whistleblowers and their attorneys. Bradley Manning is in prison, Julian Assange is confined to the Ecuadoran Embassy in London, and Edward Snowden is under Russian protection from a tyrannical US government. Jessellyn Radack, an attorney who represented Snowden was recently detained and questioned in an intimidating way at London’s Heathrow Airport. (Source: rt.com) Washington has taught its British puppet state how to mimic Washington’s Gestapo ways.

The latest revelations of the criminal activities of the Amerikan National Stasi Agency comes from a leaked NSA document that shows that the Stasi agency considers WikiLeaks Julian Assange to be a “malicious foreign actor” and launched “an international effort to focus the legal element of national power upon non-state actor Assange, and the human network that supports WikiLeaks.” Clearly, the Gestapo is upon us.

RT reports: “The NSA was not alone in its sweeping espionage on the whistle-blowing organization. It also enlisted its partners in the Five Eyes spying network (UK, New Zealand, Australia and Canada) as well as other nations. In documents dating back from August 2010, the US urged 10 other countries with forces in Afghanistan to consider pressing criminal charges against Julian Assange — ‘founder of the rogue WikiLeaks internet website and responsible for the unauthorized publication of over 70,000 classified documents covering the war in Afghanistan.’” (Source)

In other words, freedom of the press? We don’t need no stinking freedom of the press. We have the presstitute press–the TV networks, the New York Times, Washington Post, National Public Radio, and all the rest of the officially sanctioned state Ministry of Propaganda.

Julian Assange stated, correctly, “The NSA and its UK accomplices show no respect for the rule of law.”

WikiLeaks’ attorney, Judge Baltasar Garzon, the pursuer of Pinochet, had this to say:“The paradox is that Julian Assange and the WikiLeaks organization are being treated as a threat instead of what they are: a journalist and a media organization that are exercising their fundamental right to receive and impart information in its original form, free from omission and censorship, free from partisan interests, free from economic or political pressure.”

What has happened that explains the transformation of the UK and all of its former English colonies–the US, Canada, Australia, New Zealand–into Gestapo Stasi states? These are the countries best known historically for their domestic civil liberties and rule of law, irrespective of their treatment of their indigenous populations and in the case of England her non-white colonies. The original dispossession was of indigenous peoples. Now these governments have turned on their own.Today the governments of the US, UK, Canada, Australia, and New Zealand (the Five Eyes) see civil liberty and the accountability of government to law as threats to themselves, and the governments are determined to stamp out the threats. The historical lands of liberty have abandoned liberty and become Stasi states.

What has occurred in the US and UK is that the criminal and treasonous acts of both governments have become so extreme that the governments must destroy civil liberty in order to protect themselves from exposure. Whenever you hear “national security” invoked, you know that government is covering up its crimes and its lies.

The criminal character of both US and UK governments is now recognized by the rest of the world, even by the bought-and-paid-for NATO puppet states, France and Germany. German Chancellor Angela Merkel and French President Francois Hollande are discussing the creation of an European communication network in order to protect Europeans’ communications from the NSA and from Google, Facebook, and other US communication companies that shamelessly cooperate with NSA’s spy network as junior members of the Stasi. Brazil and South America are facing the same challenge of protecting their communications from Washington’s National Stasi Agency.

NSA spies on foreign companies for the benefit of American ones, and it spies on US law firms representing clients against the US government. The New York Times recently reported that the corrupt Australian puppet state has been working with NSA to steal the private communications of US lawyers with their clients in the Indonesian government involved in a trade dispute with Washington.”(Source) In other words, NSA spying helps the US government to prevail in economic lawsuits against it, but the spying is justified in the name of the nonexistent “terrorist threat.” The terrorist is NSA.

And you thought Washington was only spying on “terrorists” to prevent them from “killing us over here.”

It is impossible to paint a picture of a more lawless government than Washington haspainted of itself.

If it is not a hoax, it took a pop singer, Lorde, to declare in her Grammy Award acceptance speech last month that the emperor has no clothes: “Planet Earth is run by psychopaths that hide behind slick marketing, ‘freedom’ propaganda and ‘economic growth’ rhetoric, while they construct a global system of corporatized totalitarianism. As American journalist Chris Hedges has identified, a corporate totalitarian core thrives inside a fictitious democratic shell. This core yields an ‘inverted’ totalitarian state that few recognize because it does not look like the Orwellian world of Nineteen Eighty-four.This corporate totalitarian core is spreading outward from America. Planet Earth is being rapidly militarized by the world’s major and significant states, including their police forces. Meanwhile, state surveillance is becoming universal and torture is outsourced to gulags.” (Source) The TV channels censored her speech and cut it off by substituting pre-recorded content. (Source) See also here.

This is a very large production for a hoax. An amazing amount of creativity and production effort went into it. Increasingly, our reality is composed of invented news, whether from the government or the Internet.

By cutting off Lorde’s speech, the media moguls are shown proving the truth of her words. Americans must not hear. The dolts might wake up.

Americans should take note that in fact the media is on guard, prepared at an instance’s notice to suppress free speech. Washington is ever so pleased to support protesters in Ukraine, who are witlessly helping Washington to subvert their country, but no protests at home thank you.

If the Lorde story is a hoax, it nevertheless captures the truth of the situation. And in more ways than one. As one reader put it, “the content of that non-speech may be truthful, but, you see, that is what ‘they’ do –  conflate truth, fiction & satire all into one ball of wax so we look like fools and no longer know what to believe.”

With the Pentagon building fake cities for soldiers to demolish while practicing the unconstitutional occupation practices that are in store for us in the homeland, Alex Jones’ predictions move out of the realm of conspiracy theory. Washington has finally noticed that the result of moving middle class jobs offshore is an American population without a future. As Gerald Celente says, when people have nothing left to lose, they lose it. The US military is gearing up for when Americans can’t take it any more.

Meanwhile Washington continues the pretense of America as the land of “freedom and democracy” and “concern for human rights,” blah-blah-blah. People all over the world, with the exception of the paid protesters in western Ukraine, are no longer listening to the bullshit flowing from Washington and its presstitute media.

Note: This from a reader in Germany: “Last year the Green Party complained about Germany’s own training field and city.  It’s near Magdeburg and, as of last year, they were planning to add a subway station and expect to have 500 buildings built by 2017, including high rises, poor neighborhoods and industrial districts. Its official name is Gefechtsübungszentrum, GÜZ, or Combat Training Center. It’s located on 232 square kilometers of practice grounds (30 km long by 12 km wide) and cost 100,000,000 Euros!  or $40,000,000 more than the U.S. version.”

Paul Craig Roberts, a former Assistant Secretary of the US Treasury and former associate editor of the Wall Street Journal, has been reporting shocking cases of prosecutorial abuse for two decades. A new edition of his book, The Tyranny of Good Intentions, co-authored with Lawrence Stratton, a documented account of how americans lost the protection of law, has been released by Random House. Visit his website.