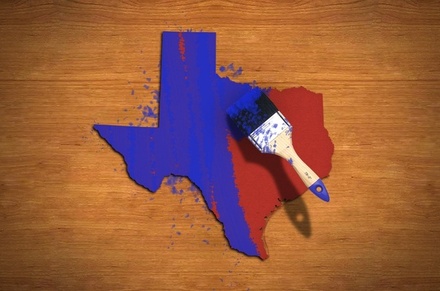 Democrats have wanted to paint Texas blue for a long time.

Battleground Texas is a state and federal Political Action Committee that was founded by Jeremy Bird, the former national field director of the Obama campaign. The goal of this PAC is to make Texas, a traditionally Republican state, a swing state.

Currently, their main focus is to register voters and keep in touch with them to encourage them to vote when elections roll around.

Just how do they do that?

“So every time we register someone to vote we keep their name and number.”

But doing so is prohibited by the Texas Election Code. According to the Secretary of State, it is unlawful to transcribe, copy, or otherwise record a telephone number furnished on a voter registration application.

According to Project Veritas, “Longoria is training others to become Deputy Registrars and register Texans to vote. No doubt, using the same illegal methods.”

Project Veritas is the group that exposed Texas Enroll America Communications Lead Chris Tarango conspiring to release private data to help a political action committee back in November. The footage obtained during that investigation led to a disgraced Tarango’s resignation from the organization.

In early November, Project Veritas caught Obamacare navigators suggesting the use of fraud and deception to take advantage of the system. That footage resulted in the firing and resignations of at least five navigators.

What the consequence of this most recent exposure of fraud, corruption, and illegal activity will be (if any) remains to be seen.