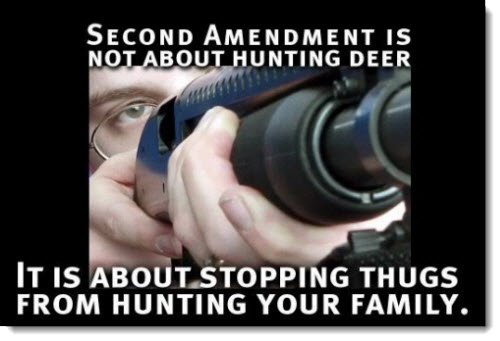 A trio of thugs had a brush with gunfire from a protective mother’s rifle in Detroit on Monday night.

The woman told WXYZ News that she “didn’t have time to get scared.” When she heard the door to her home being kicked in, she immediately warned the three teenage intruders and then opened fire:

“I let them know I had a gun once they were in the house. They said no you don’t so I shot off the first round. I wasn’t feeling anything at the moment, I got scared afterwards.”

All three thugs were arrested by Detroit Police shortly after the incident.