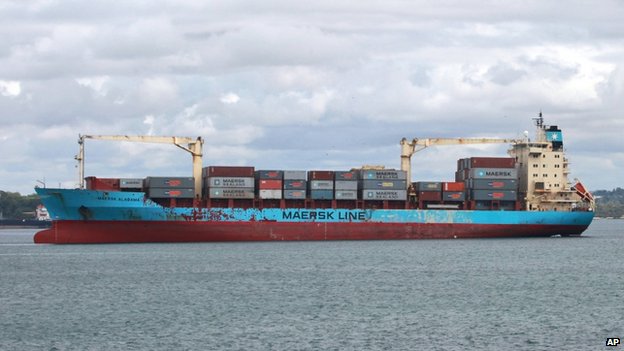 The Maersk Alabama was hijacked by Somali pirates in 2009, leading to a five-day standoff. Image: AP

Two former Navy SEALs have been found dead aboard the Maersk Alabama, the ship made famous in the movie Captain Phillips.

Jeffery Reynolds and Mark Kennedy, both aged 44, were working for the Trident Group, a security firm formed by former Navy SEALs 14 years ago.

They were found in a cabin by a crew member while the ship was berthed in Port Victoria in the Indian Ocean.

The security contractors’ deaths were “not related to vessel operations or their duties as security personnel”, Kevin Speers, a senior director for Maersk Line Limited, said in a statement to CNN.

The US Coast Guard has reportedly opened an investigation into the matter as the Maersk Alabama is a US-flagged ship, a state department official told CNN.

The vessel made headlines in 2009 when it was hijacked by Somali pirates, leading to a five-day standoff.

That incident ended when Navy SEALs aboard the USS Bainbridge killed three pirates holding Captain Richard Phillips in a lifeboat.