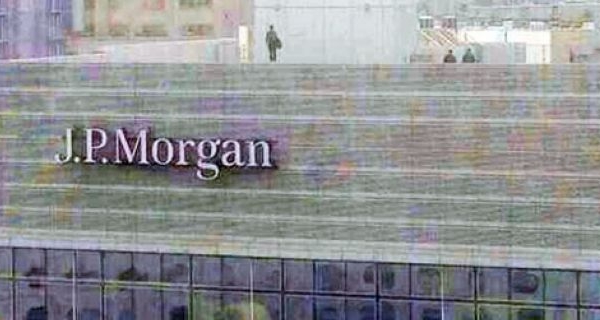 Friends of the JP Morgan banker who leapt to his death from a high rise building in Hong Kong this week, becoming the 7th financial worker to die under strange circumstances in recent weeks, suggest that he planning to return to Canada, adding to the mystery of the suicide.

33-year-old Dennis Li Junjie plunged to his death on Tuesday after jumping from the roof of Chater House, which serves as JP Morgan’s Asia headquarters. Junjie worked for JP Morgan as a back up services associate.

His suicide was blamed on ”the stressful environment of investment banking,” although its timing, just three weeks after JP Morgan senior manager Gabriel Magee jumped 500ft from the top of the bank’s headquarters in central London, and amidst a number of other strange banker deaths, has prompted speculation that something more insidious may be afoot.

Just two days before his suicide, Junjie told a friend that he planned to return to Toronto, where he had worked as an analyst at the Royal Bank of Canada.

Junjie had recently bought a HK$5.5 million apartment in Hong Kong and friends commented on how he always had a smile on his face.

The fact that Junjie did not seem to be depressed and had made specific future plans suggests that his suicide was quite spontaneous and may have been in response to information he was told or had uncovered in the 48 hours preceding his death.

While such an assertion is impossible to prove, it has been suggested as a factor that could connect the spate of recent banker deaths.

Could knowledge of an impending financial crash that outstrips anything previously experienced be the explanation behind the mystery?

Grady Means, economist and advisor to Vice President Nelson Rockefeller, predicted that the 4th of March 2014 would be the date on which the economic collapse accelerated, followed by, “A run on the bank (that) will start suddenly, build quickly and snowball.”

“The doomsday clock will ring then because the U.S. economy may fully crash around that date, which will, in turn, bring down all world economies and all hope of any recovery for the foreseeable future — certainly over the course of most of our lifetimes,” wrote Means in a 2012 Washington Times editorial.

With this date fast approaching, any more mysterious banker deaths will only add to the intrigue.