Putin’s little fingers in the Ukraine, Cuban agents in Venezuela and the Muslim Brotherhood in Egypt all remind us how uniquely vulnerable democracy is totalitarianism. In the United States, cities aren’t burning and streets aren’t filling up with bloodied bodies, but the government of phone and pen also shows us that we are always one election away from losing our freedom. 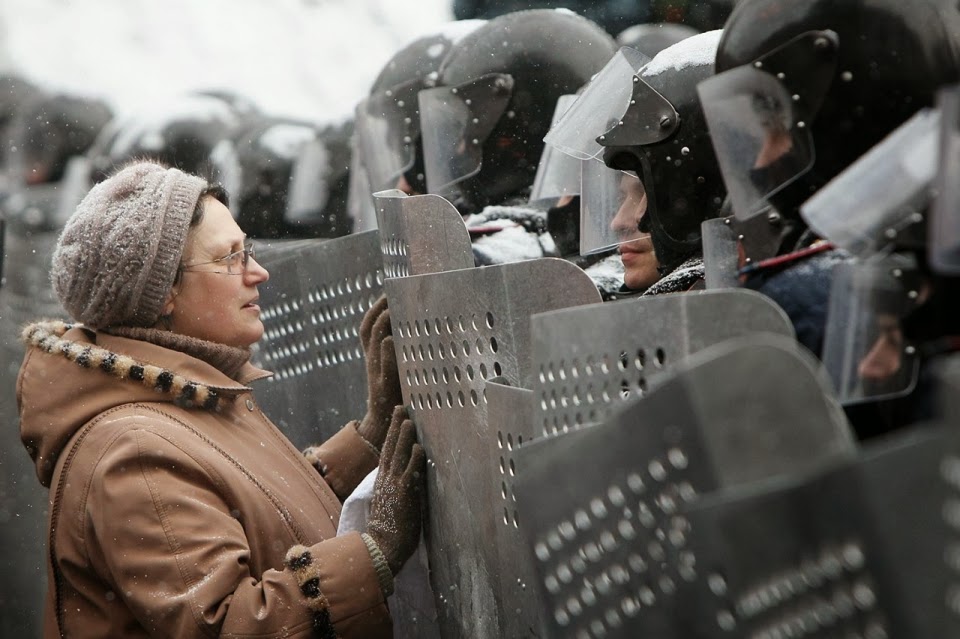 When one side is on a long march through the institutions while the other seeks consensus, the long marchers will win.

A democratic political system in which a leading political faction is totalitarian cannot endure.

We understand the practical lessons of that in Egypt, but less so in the United States. A political process that included the Muslim Brotherhood could not continue. Everyone except Obama Inc. prattling on about inclusive politics understood that. The rightfully elected status of Morsi did not matter. What did matter was that the Muslim Brotherhood could not and would not work together with anyone. It did not want an open political process, it wanted absolute power.

If the Democratic Party continues to function as a radical leftist party, abiding by no laws, imposing radical change unilaterally, and using its media to cover for its corruption and political sins, the United States will face a Venezuelan or Egyptian scenario.

The United States is a fairly civilized place. Its people, despite the recession, are doing fairly well. It may not seem like that when we look at the unemployment rates, but unlike the Egyptians, we can afford bread and unlike the Venezuelans, our stores still have milk and toilet paper. There are still enough job prospects out there, that people haven’t given up. At least not all of them.

That’s why the Tea Party, America’s Orange Revolution or Arab Spring, was fairly muted by comparison. Its participants were older, educated and prosperous. If they actually were the illiterate violent armed rabble that the left has done its best to portray them as, the scenes in Cairo and Caracas would be replaying themselves in the United States.

The Tea Party was a political protest on the right by the small businessman and the established professional. It was and is an effort by a threatened middle class to salvage its position that for all its moments of anger lacked the violent desperation that we see in Venezuela. But the differences lie in political culture and desperation. The political culture has been polarized and degraded to its lowest points. The rising left is angrier and more militant than ever and the right is coming to feel that the political process is useless and its gatekeepers are biased against them.

Combine that perception with more economic hammer blows against the middle class by the redistributionists, add a sense of hopelessness and contrast that with growing arrogance by the powers of the left and things will get very ugly.

America’s Two Party system has worked because both parties, for the most part, were not absolutists. The exceptions, like FDR, did a great deal of damage, but their sway was limited. What has changed is the level of mobilization, coordination and integration on the left. Social institutions, major corporations, the media, unions, non-profits and the educational system have been knitted together into a totalitarian entity with an agenda. This state of affairs transcends democracy and cannot be remedied by democratic elections.

Even if Republicans were to win the White House and dominate the House and the Senate, they would still face a totalitarian entity whose judges would make laws, whose media would subvert democracy, whose educational institutions and entertainment industry would reprogram the people and whose bureaucracy would undermine any decision that it did not like.

Political conflicts with totalitarians are a cultural war. The totalitarians employ every cultural, political and economic element that they can against their enemies. They follow only those laws that are convenient meanwhile they multiply laws to pin down their opponents. They define entire elements of the population that they hope to dismpower or destroy, whether it’s the Copts in Egypt or the private sector middle class in the United States, and execute their plans.

Resisting totalitarians cannot simply be an electoral activity. In a system of democratic political elections, the ballot box becomes the weakest element in defying totalitarians who can always find ways to buy elections, steal elections or convince the people that if they don’t vote the wrong way then the sky will fall and the oceans will rise. Those who follow no laws have many options; those who follow them have only a few.

Totalitarians politicize everything. And that really means everything from the food you eat to the books you watch to the way you heat your home and drive to work. Individually we can all make choices that neutralize the politicization even in matters as simple as choosing the movies we watch or leaving products with environmentalist tripe on the packaging on the shelf. Local battles are also bigger battles as Common Core demonstrates. And the synagogue or church you attend is also a statement of support for the left or a rejection of the left. 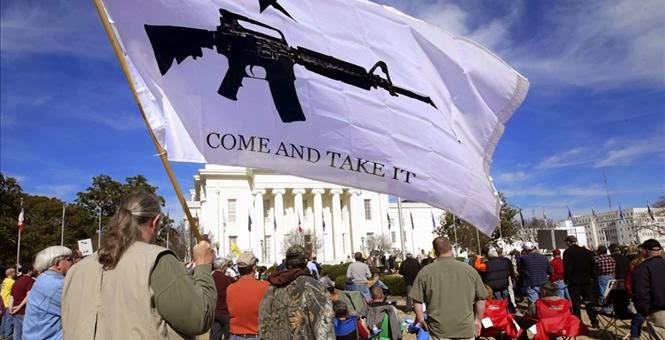 Elections alone will not defeat the left. Totalitarian movements aren’t defeated at the voting booth, but in the hearts of men and women. And if their grip on power continues, then the scenes of violence and terror that we see on the evening news will come to our streets and cities.

Daniel Greenfield is a nationally syndicated author and the Editor of Sultan Knish, where this article first appeared.