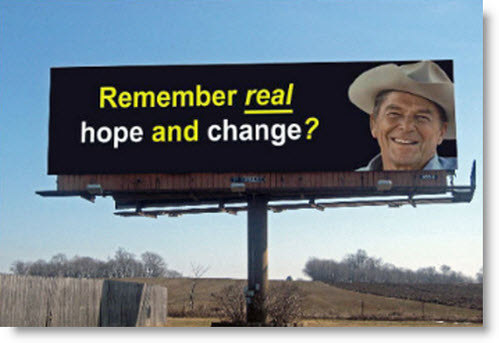 If the government controls healthcare then they can control the people.

The health care reform which eventually passed in 2009 was largely written by Liz Fowler, vice president of policy at the nation’s largest and most profitable health insurance company, WellPoint.

The control starts with making healthcare mandatory.  Never before in the history of the U.S. has government forced consumers to purchase something. You are forced to choose from a controlled set of plans available.  Whether you keep your regular doctor will be most likely be controlled by the plan you choose.

There is no healthcare utopia out there only the allusion of one.  Each individual and/or family has different needs and budgets and they should be able to select what fits their need and budget without any penalties much less being forced to have it.

The ACA will be the forerunner to many other regulations of enforcement on individuals and there rights if we don’t stand up now.

2.  Poverty – All aboard the Federal Gravy Train

When the poverty level is increased as high as possible it becomes easier to control those in that level.  People won’t fight back if the government is providing everything for them to live.  i.e. EBT cards, food stamps, public housing assistance

In recent years, the range of federal control over society has widened as politicians of both parties have supported nationalizing many formerly state, local, and private activities. One measure of the government’s rising intervention is the number of programs (over 1,800) listed in the Catalog of Federal Domestic Assistance.  The 2,205-page CFDA is an official compilation of all federal aid or subsidy programs, including grants, loans, insurance, scholarships, and other types of benefits.  One can only imagine the amount of fraud occurring with this many programs.

Americans need to wake up and fight back before the addictive drug of subsidies puts individualism in a permanent coma.  People should start using new Internet tools, such as www.usaspending.gov, to research recipients of all these subsidies and complain to Congress about the abuse of their tax dollars. There is no time to lose for taxpayers to make their voices heard in Washington because the spending increases envisioned by President Obama are truly frightening.

3.  Debt – and its increasing exponentially every day

Increase the debt to an unsustainable level.   That way you are able to increase taxes which in turn will produce more poverty.

One doesn’t have to envision these numbers as they are fact as the following table reflects the spending vs. revenue and deficit.

Just think if every homeowner created this amount of debt there wouldn’t be enough space to store all the repossessed vehicles.  Nine hundred ninety-nine out of a thousand homes would be under foreclosure and it goes on and on.

Remove the ability of citizens to defend themselves from the Government. That is the way of creating a police state.

ARTICLE [II.] – A well regulated Militia, being necessary to the security of a free State, the right of the people to keep and bear Arms, shall not be infringed.

Alexander Hamilton on the 2nd Amendment one the signers of our Constitution. – A well-regulated Militia being necessary to the security of a free State, the right of the people to keep and bear Arms shall not be infringed.  The militia, being regulated sufficiently to answer the call to arms in times of security threat, serves a second purpose as well: to protect against the threat of a power-hungry government using a standing army for its own ends.  Hamilton delineates his vision not only of a free people bearing arms for the common defense, but also for the protection of liberty.  It was intended by the framers of our Constitution that a free people be armed.  Therefore, it follows that those who wish the people disarmed also wish them enslaved.

5.  Education – Take control of what children learn in school and you control there thinking.

The current administration is pushing the Common Core Standards .  The federal government is pushing the states to use these standards by bribing them with federal funds.

The Common Core Standards Initiative another way for the federal government to control what is and what is not taught in our schools.  The city, county and state have set standards in the past.

The math standards are bogus according to Stanford Prof. James Milgram, the only mathematician on the Common Core Validations Committee, refused to sign off on the math standards, calling the whole thing “in large measure a political document” during testimony he gave in May 2011 in which he advocated for Texas not to adopt the Common Core standards.

Doesn’t anyone understand that during the 30′s through the 70′s our education system taught reading, writing, arithmetic and science.  The windfall from this schooling allowed the United States to become the greatest industrialized nation and the most technological advanced nation in the world. During this time the federal government stayed out of the education but in late 1979 the Department of Education was founded and education has since become a nightmare for the states.

6.  Media – Controlling the media allows the government to feed the public only the information they want the public to know.

President Obama’s efforts to control the media are the most aggressive since Nixon.

Liberalism has to muzzle the truth because it operates on lies.  It is built on lies, fueled by lies, and creates an empire of lies.

7.  Religion – Remove the belief in God from the government and schools

This excerpt sums it up perfectly from an article by Lloyd Marcus.

“I have come to realize that the insidious spirit of anti-Christ emanating from the Obama administration has spread far and wide.

All historical rules for winning and losing elections do not apply to Obama. His political bullying power and irrational status as a cult hero are unprecedented.

But here is the kicker and the scariest truth about America’s zombie-like loyalty to Obama.  On November 6, 2012, half the country, which includes millions of Christians, chose a Democrat and media man-made “golden man” idol as their “new” Lord and Savior.  Amazingly, actor and Obama disciple Jamie Foxx admitted it.

While Obama appears to be the “golden” idol and focus of worship, America’s real new false god is government, hidden behind Obama’s well-crafted shiny gold exterior.”

8.  Class Warfare – Divide the people into the wealthy and the poor.  This will cause more discontent and it will be easier to take (Tax) from the wealthy with the support of the poor.

Quotes by Obama on class warfare.

In 2008, Obama famously told Joe the Plumber of his plans to confiscate money from small businesses: “It’s not that I want to punish your success; I just want to make sure that everybody who is behind you — that they’ve got a chance at success, too. … I think when you spread the wealth around, it’s good for everybody.”

In 2010, he arrogantly remarked, “I do think at a certain point, you’ve made enough money.”

Americans are tired of being pitted against one another by this administration.  What they really want are jobs, a robust economy and a true leader who won’t resort to class warfare in an effort to distract voters and divide our great nation.

Liberalism has to muzzle the truth because it operates on lies. It is built on lies, fueled by lies, and creates an empire of lies.

“When Republicans recently charged the President with promoting ‘class warfare,’ he answered it was ‘just math.’ But it’s more than math. It’s a matter of morality.” by Robert B. Reich