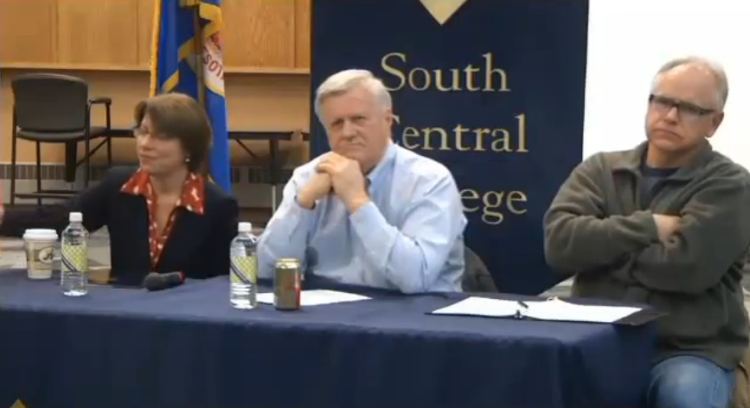 U.S. Senator Amy Klobuchar and Congressmen Collin Peterson and Tim Walz  – all Democrats representing the state of Minnesota in Congress, recently were at a public forum, in which they were asked by a man in the audience:

“I thought the Affordable Healthcare Act would save $2500 per family. What happened?”

And all three LAUGHED at the stupid people of America who actually had believed President Lucifer when he promised that, under Obamacare, every family would save $2500 in medical insurance.

This is the ultimate slap in the face to the American people.