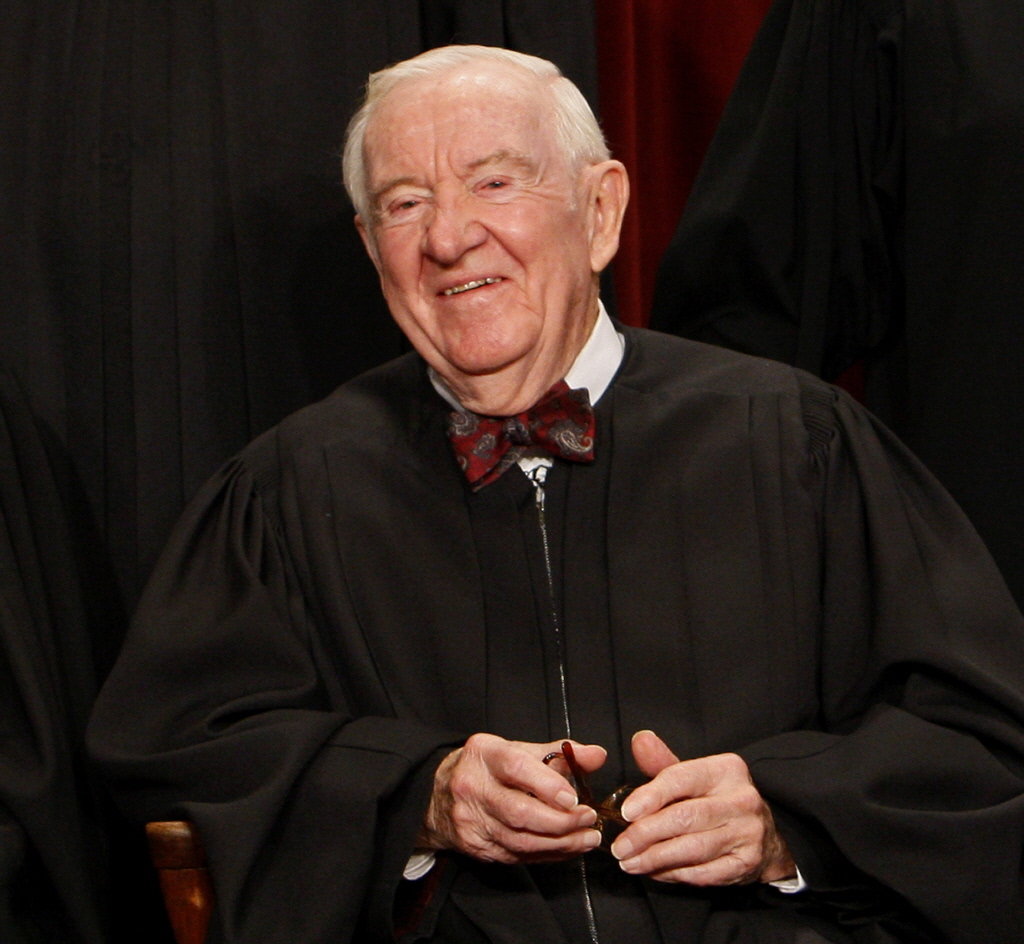 In his new book, Six Amendments: How and Why We Should Change the Constitution, former (thankfully) Supreme Court Justice John Paul Stevens outlines the six Constitutional Amendments that he would like to see changed.

According to the book’s description on his website, Stevens outlines “six specific ways in which the Constitution should be amended in order to protect our democracy and the safety and wellbeing of American citizens.”

Given his liberal background (a 2003 statistical analysis of Supreme Court voting patterns found Stevens to be the most liberal member of the Court) it’s probably no surprise that one of the things that Stevens would change to increase our “safety and wellbeing” is the Second Amendment.

As it stands, most of us cherish these words:

A well regulated Militia, being necessary to the security of a free State, the right of the people to keep and bear Arms shall not be infringed.

Stevens, however, believes that it is implied that these arms should only be kept by members of the militia and would like to see the Second Amendment changed in a way that would seriously limit our constitutional right to keep our firearms.

A well regulated Militia, being necessary to the security of a free State, the right of the people to keep and bear Arms when serving in the militia shall not be infringed.

If this were to come to pass, I can foresee a whole lot of militias forming across the country.

An obviously biased piece of rhetoric was published on Bloomberg BusinessWeek (it’s important to note that this is the website owned by Bloomberg LP, which was founded by the infamous former  Mayor Mike Bloomberg of New York City, a vocal opponent of gun rights). In the article, Stevens is lauded as “brilliant” and “an intellectual force to be reckoned with.”

To support the change, he argues: “Emotional claims that the right to possess deadly weapons is so important that it is protected by the federal Constitution distort intelligent debate about the wisdom of particular aspects of proposed legislation designed to minimize the slaughter caused by the prevalence of guns in private hands.” (source)

The author of the article then continues to paint a picture of gun owners being members of some sort of fringe of society. “For a significant minority of Americans, firearms represent individualism, independence, and self-reliance.”

While personally, I would consider a tome that suggests changing our founding principals to be more of a horror story, The Hachette Book Group, which published the book, says:

Written with the same precision and elegance that made Stevens’s own Court opinions legendary for their clarity as well as logic, SIX AMENDMENTS is a remarkable work, both because of its unprecedented nature and, in an age of partisan ferocity, its inarguable common sense. (source)

Gun owners, libertarians, and conservatives across the country must have heaved a deep sigh of relief when Stevens stepped down from his seat on the Supreme Court. We can all be thankful that his book is only his own rhetoric, to be read by nodding pseudointellectual liberals and then discussed at hipster dinner parties,  and that he no longer has the ability to personally reshape the laws of this land.