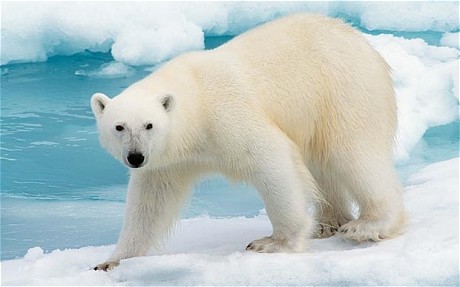 A bus driver in Dayton, Ohio was saved by what can only be seen as divine intervention when a group of 3 young black men said they “had to shoot a polar bear.”

The driver, Rickey Waggoner, was shot 3 times and also stabbed during the attack. The two deadly bullets aimed at his heart were stopped by a New Testament Bible that he had tucked into his shirt pocket.

Police say the bus driver is lucky to be alive after three black “teenagers” stabbed and shot him. A Bible over the bus driver’s heart stopped two bullets and allowed him to fight off a knife attack from his assailants.

One additional bullet struck him in the leg. The teens also stabbed him in the arm.

The attack came this morning at 5:30 when the driver stopped his bus because of mechanical difficulties.

“As he was outside of the bus assessing how to fix the problem, the three suspects came up to him and said they had to ‘shoot a polar bear,’” police told WHIO news.

“The bullets did not penetrate into the victim’s chest. There was obviously some kind of intervention involved in this incident because he (the driver) should probably not be here,” said Dayton Police Sgt. Michael Pauley.

However willing police are to talk about the theology of the attack, a spokesman for the Dayton Police Department will not comment any further on the shooting and stabbing other than to confirm he knows what a polar bear hunting attack is.

“Police said the suspects are three young, black males, possibly between the ages of 15 to 18 years old,” said WHIO. (source)

“Polar bear hunting” is a black on white crime, in which a white person is targeted, generally by a group of young black people. It is considered to be a form of the “Knockout Game” in which the young people attempt to knock a victim unconscious in one blow.

The one documented “Knockout Game” attack in which a young white man assaulted an elderly black man resulted in federal hate crime charges against the perpetrator. Despite numerous black on white crimes, the Department of Justice seems rather slow to charge the assailants with hate crimes, even though they have used derogatory terms like “whitey” and “cracker”.

Is anyone surprised that there has been no mention of federal hate crime charges in this most recent racially motivated assault?