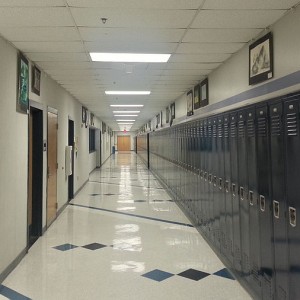 You are going to have a hard time believing some of the stuff that you are about to read.  Children in America are being sexualized at younger and younger ages these days, and our public schools play a major role in that.  As you will see below, even kindergarten students are getting naked and trying to have sex with each other in our schools.  So where in the world are these kids learning to do this?  Well, it certainly does not help that there is more sex on television and in our movies than ever before.  And it certainly does not help that some of the biggest pop stars on the planet such as Miley Cyrus and Katy Perry are blatantly using sex to sell records to their young fans.  But we can’t place all of the blame on entertainment.  Without a doubt, our schools are playing a major role in sexualizing our children, and most parents have very little understanding about what is actually happening.

As I mentioned above, kindergarten students are actually getting naked and are trying to have “sex” with one another.  That sounds absolutely crazy, but it is true.  In fact, a case that made national headlines recently happened in New Jersey…

Kelly Mascio, 43, is facing termination in connection with the incident late last year at Mullica Township Elementary School in southern New Jersey. Mascio, who has taught for more than 15 years, is suspended with pay while a disciplinary process continues.

As detailed in a Mullica Township Police Department report, two of Macsio’s students–both five-years-old–went into an in-classroom bathroom and removed their clothes. When Mascio, pictured at right, subsequently discovered the children–a boy and a girl–they told her they were “having sex,” cops noted.

This is a sign of a very, very sick society.

So where did those poor little children get such a twisted idea?

It could have potentially come from a lot of places, but it certainly does not help that some public school systems are actually teaching kindergarten students about sex.  For example, in Chicago public schools kindergarten teachers are now required to set aside 30 minutes a month for sex education.

Does that trouble you?

When our kids get a little older, there seems to be very little that is off-limits in their sex education classes.  One father in Kansas recently discovered this the hard way…

Mark Ellis says his daughter goes to Hocker Grove Middle School in the Shawnee Mission School District. She was so shocked by what she recently saw on a poster at school, that she took a picture of it home and showed her parents.

Her dad initially assumed it was a student prank, until he called the school and found  it was part of the curriculum.

“Why would you put it in front of 13-year-old students?” he asked.

He thought the poster, which lists things like “oral sex” and “grinding,” might’ve been a prank until he contacted the school principal. He was told it was a teaching material.

You can see a photo of the complete poster right here.  If you live in Kansas, your tax money is going to teach middle school students about “touching each other’s genitals”.

No wonder our country is so messed up.  Just consider the following stats…

-According to a study conducted by the Centers for Disease Control and Prevention, approximately two-thirds of all Americans in the 15 to 24-year-old age bracket have engaged in oral sex.

-Today, the United States has the highest teen pregnancy rate on the entire planet.

-At this point, one out of every four teen girls in the U.S. has at least one sexually transmitted disease.

These things did not happen by accident.  They are the consequences of raising our children in such a sexually-charged environment.

If parents only knew what was really going on out there, many more of them would be pulling their children out of the public schools.  For instance, in a previous article I shared a quote from one of my readers that actually attended one of the “best” public schools in the city of Detroit…

The school was a new seven story building just a couple of years old. The bathrooms would often lack toilet paper & soap beyond the second floor (the main floor), the bathroom sinks would often not work. The water fountains on north side of the building on from the third floor & up did not work. The elevators would constantly break down. I even got stuck on the elevator before. I almost tripped down a half a flight of stairs because the elastic seal (it was the metal bar at the front of a treader of I don’t know the name of it.) the stairs was not properly installed.

And according to an ABC News investigation, this kind of thing is going on all over the country…

Students told us that some kids are having sex in school bathrooms and hallways — even in classrooms.

At a middle school outside Baltimore, Md., a couple of 12-year-olds had oral sex in their science class. Their classmates watched, but the teacher didn’t see them. (The teacher was suspended and later resigned.)

And the kids say it happens at home too, and we parents almost never know.

Do you know what is going on at the schools where you live?

Unless someone comes forward, you may never know the twisted things that are happening.

And what is happening in our middle schools and our high schools is just the beginning.  In fact, some young students recently received a shocking preview of what they should expect once they get to college…

Hundreds of elementary and middle school students who recently toured UC Berkeley got an early lesson in sex education when they witnessed a guy in a giant penis costume walking around handing out condoms, as well as a variety of condom-inspired games, an undergrad at the university toldThe College Fix on Wednesday.

The schoolchildren were on campus last week at the same time that the public university hosted National Condom Week observances that, in addition to the giant penis, included an assortment of sex-themed activities such as a vagina-anus condom toss, a vulva and anus “pin the tail,” and a condom water-balloon game.

We live in a society where anything goes.

If you can believe it, Facebook now has a whopping 58 different “gender classifications” to choose from.

Instead of teaching our children to make the right choices, we just encourage them to “try to be safe”.

When a Milwaukee mother found out her 12-year-old daughter was talking to a young man and planning a fight on Facebook, she took swift action to ensure the girl learned a lesson.

Lorraine Walls not only banned her daughter, Luticia, from social media, she also posted a video of her getting chewed out by her mother for breaking the rules on the 12-year-old’s Facebook page — just to make sure all her friends could see it.

If you trust the moral education of your children to the schools, you never know what you are going to get.  In fact, some of the worst sexual predators out there are actually working as teachers.  The following is an example from California that is one of the worst that I have heard about…

Mark Berndt, 61, was arrested at his home in the Los Angeles suburb of Torrance on Monday, accused of abusing nearly two dozen boys and girls, ages six to 10, between 2008 and 2011, officials with the Los Angeles County Sheriff’s Department said.

Authorities began investigating Berndt over a year ago, after more than 40 photos depicting children in classrooms with their eyes blindfolded and mouths covered with tape were turned over to police, Sheriff’s Department officials said.

Sometimes predators like that get sent away to prison for good.

But other times they win in court and they get their jobs back.  Just check out this sick example…

Such is the case of Andrew Harris, former seventh-grade science teacher at Glacier Creek Middle School in the Middleton-Cross Plains Area School District.

The district’s school board Monday voted in a special closed session to comply with an arbitrator’s 60-page order that demands Harris be reinstated. He was fired in 2010 after receiving and viewing multiple pornographic and sexually inappropriate images and videos, according to a complaint.

We live in a sick, twisted, decaying society that is falling even farther downhill with each passing day.

So watch your children very carefully.  It is all too easy for them to become victims. 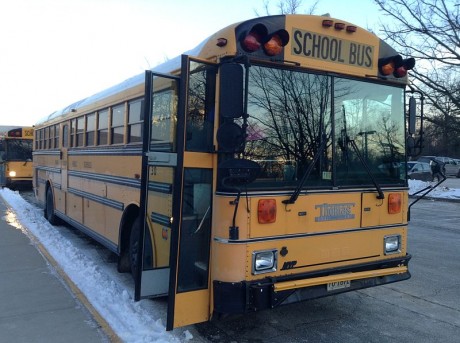