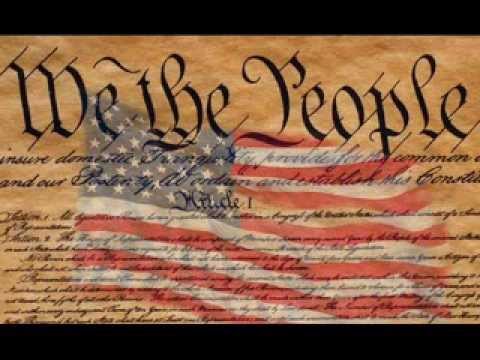 The definition of martial law is simple: The suspension of The Constitution.

Once the administration decides that the people are almost at the point of rioting, the troops will hit the streets.

There are many things that will happen quickly once martial law is declared. The order may vary, but it will all most likely start with a curfew. Confiscations of firearms, ammunition, and supplies will most likely follow, with the summary arrest or execution of anyone who resists. Relocations, ‘for public safety’ reasons will be voluntary for those who don’t know any better, and enforced for those who have attracted the attention of the authorities.

There will be nowhere near enough FEMA camps for the whole population, so make sure you are one of the ones left behind, make sure you are the grey man with the grey family who gives the military no cause for concern. You will not be in the entitlements group who are rounded up to prevent them rioting when their money isn’t paid, and you should not be in the ‘dangerous’ group who most likely won’t even make it to the camp.

For most of us the initial urge is to come out fighting, but if you have family with you this is likely to have a bad outcome for all concerned. The announcement that martial law has been declared will only come AFTER the jackboots are in position and ready to act. There will most likely be little chance to get out before the doorbell rings.

If there is an advance warning, or if watching the way things are going you are pretty convinced martial law is coming very soon, leave. A pre-prepared bug out location is the best choice, but moving in with other like-minded individuals will give you a better chance than going it alone in a town full of sheeple.

If you can’t get out at that point, you have no choice but to stay put.

So how do you prepare to survive such a situation?

Other things to consider

The American people are dissatisfied with many aspects of their lives but not to the point where they will be willing, or even able to step out of their comfort zone and take their country back.

Most people will do almost anything to maintain a semblance of ‘normal’ life, even if that life has to be under martial law. Any thoughts you have of resistance will depend on the group you are with, the knowledge base within that group, and the connections they have to other like minded groups.

As much as it sticks in my throat to say it, unless we are part of a well formed survival group, the time has come to stop wearing our hearts on our sleeves and sporting bumper stickers that declare we are members of the NRA.

The time has come to buy guns and ammo for cash at shows some distance from our homes.

The time has come to quietly slip from the radar screen of government control.

The time has come to become a grey man, that unmemorable soul that passes by un-noticed.

While talk of organized groups and resistance bolsters our passion for freedom, we have to face the fact that when the time comes most of us will be alone with our families and the only people we will be able to rely on is ourselves.

You can start that now by getting into your role, by slipping off the government radar screen as much as possible in your situation. It takes practice to go un-noticed, it’s not something we usually have to do, but then again martial law is not something we have had to think about much in the past.

If you are lucky enough to be in touch with other patriots, consider contacting them from an internet cafe rather than on your home computer. Buy a few cheap pay as you go cell phones rather than use a contract one. Use different phones when contacting your group, and have spare sim cards so you can swap them around, it makes tracing the calls more difficult.

Resistance takes many forms, and by not letting them con you into thinking they are there for your benefit you are by definition resisting.

By surviving and thriving you are resisting.

By living to fight another day, you are resisting.

They may be able to control your surroundings, but by not letting them control your mind and actions, you are resisting.

Many thousands of people will be resisting just like you are, knowing where at least some of them are before an event will make it far easier to hook up with them at a later date.

Having the support of like-minded individuals should not be underestimated, and knowing that you are not in a position to get to them, or for them to get to you should not deter you from making contact and keeping in touch now, while you still can.