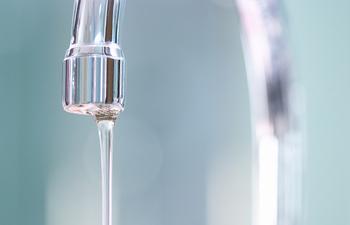 Back in late 2013, Robin Speronis of Cape Coral, Florida, was threatened with losing her home because she lives off the grid.

Robin does not have a refrigerator or an oven, and does not use electricity or running water.

She gets her water from rain barrels, and uses a colloidal-silver generator to disinfect the rain water:

“I plug this into my inverter and my battery pack. This light will get brighter and brighter as silver micro particles are suspended in the water. It’s natures antibiotic,” she explains.

After her lifestyle was featured on a local news channel, Robin got an unpleasant visit: a code enforcement officer showed up and slapped an “uninhabitable property” sign on her door.

The city claims that Robin violated the International Property Maintenance Code because she relies on rain water instead of the city water system and solar panels instead of the electric grid.

Robin was found guilty of violating only one code (so far) – she has to connect her home to the city’s public water supply. She has 30 days to either comply or appeal.

Off the Grid News reported that the Magistrate, who spent several hours reviewing the code, admitted it is unreasonable but said he had to make the ruling he did:

“Whether I want to or not that’s what I have to find as the respondent’s requirement.”

Eskin said that some of the other violations regarding electricity and sewer may be valid, but because the city may not have followed due process procedures, he would not consider them at the time.

Robin knows her legal battles with the city are not over, but she told Off the Grid News that she hopes to win and set a precedent for others:

“But what happens in the courtroom is much less important than touching people’s hearts and minds,” she said. “I think that we are continuing to be successful in doing just that and I am so pleased — there is hope! [Friday] morning, as I took my two hour walk, there was a young man, unknown to me, who drove by me, tooted his horn and said, ‘Robin, congratulations on your victory yesterday, keep up the fight and God bless you.’ That is beautiful.”

She said she has no intention of complying with the order to connect to the city water supply:

“Why would I hook-up?” Speronis asked. “It defies common sense.”