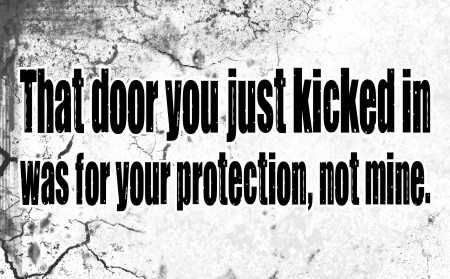 Citizens of Detroit are sending a loud and clear message to thugs: they have guns and aren’t afraid to use them.

In the span of one week, three different homeowners in the city used guns to defend themselves against intruders.

The most recent incident happened around 2 am last Saturday. Two men broke into a home and tried to knock out the homeowner with a tire iron. The homeowner shot both of them, killing one. The other escaped.

Around 12:30 am on Saturday, a woman was surprised by an armed man after she parked her car in her garage. She dropped her keys to distract him, reached for her own gun, and fatally shot him.

“People are told, that when faced with a situation, whether a robbery or carjacking, just to drop your belongings right there.  That’s what she did taking a few steps back to obtain her weapon which was a .38 caliber handgun.  She was able to fire off several shots.”

Less than a week ago, a Detroit mother armed with a rifle defended her family from three thugs who broke into her home. The ordeal was caught on surveillance camera, and all three suspects were caught by police shortly after the incident.

Deputy Chief Johnson said over the past three to four years there has been an increase in the number of homeowners applying for concealed pistol licenses.

Detroit Police Chief James Craig has been an outspoken supporter of arming law-abiding citizens, and has publicly stated that “Good Americans with concealed pistols translates into crime reduction.”

Living conditions in Detroit have declined in recent years. The city’s bankruptcy led to a reduced police force, and residents have had to learn to protect themselves. Self-defense killings in Detroit rose to 2200% above the national average in recent years, and Chief Craig says that more than 300 legally armed citizens defended themselves last year.

Maybe wanna-be thugs in Detroit will think twice about messing with homeowners in the area.