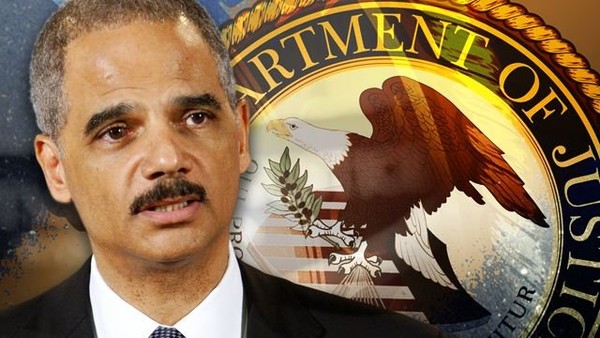 Two weeks ago, reports claimed that Attorney General Eric Holder was making plans to step down. Perhaps Holder sees the writing on the wall, or perhaps, he is pulling himself from the picture in hopes of returning to the AG position again during a Clinton presidency. In either case, in documents filed on February 14, 2013, the House Oversight and Government Reform Committee claimed that Holder wants a “dangerous free pass,” in the ongoing Fast and Furious investigation, in order to keep secret the very documents the congressional committee has subpoenaed from his department. Failure to release those documents was what brought a vote of contempt of Congress against Eric Holder.

Holder is petitioning the court to allow the Justice Department to ignore the congressional subpoena.

According to the filing, the committee urged “the Court to find that there is no basis in the Constitution to do what the Attorney General proposes.”

Issa’s committee claims that whatever privilege Holder is attempting to assert must be a qualified privilege. This means it can be overcome is the committee provides sufficient need that would allow the documents to be divulged.

“The Committee indisputably has a legitimate interest in completely its Fast and Furious investigation,” the filing reads.

The filing contends that the public has an interest in knowing how operations at the Justice Department are “mismanaged and misconducted.” The documents, the committee said, are not available from any other source.

In its Friday filing, the committee notes that Holder had previously “grumbled” about not having access to full transcripts of the committee’s interviews with former Bureau of Alcohol, Tobacco, Firearms and Explosives acting Director Kenneth Melson, Holder’s former chief of staff Gary Grindler and former Deputy Assistant Attorney General Jason Weinstein, all of whom left their positions in the fallout from Operation Fast and Furious.

The transcripts, which the Justice Department requested, were provided to Holder earlier this month by Issa’s committee.

Congressman Issa’s office has told Freedom Outpost in the past that there is no definite schedule as to when the committee’s civil suit against Holder will be heard.