Apparently, Katy Perry is wearing a necklace in her latest video that has the Muslim world working themselves up in a lather. So don’t watch it, right? Pretty simple.

No, every perceived insult is an opportunity to impose their barbaric, anti-minority supremacism on the non-Muslim world.

Muslims outraged?
Ya don’t say?
Who’d a thunk it?
Couldn’t be.

Over a video? Will Obama blame Katy Perry for Benghazi? Stay tuned. 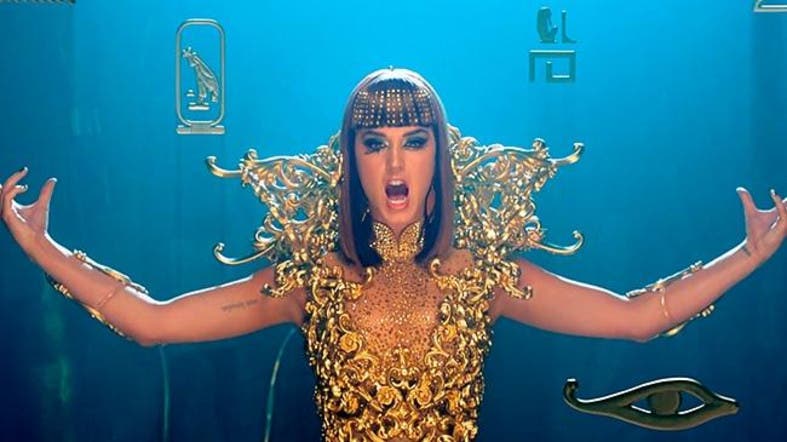 The video, which has a cartoonish Ancient Egypt theme, features other nonsensical aspects such as cat-human hybrids acting as body guards, with whom Perry pole dances with. (Photo courtesy Billboard)

An online petition launched on Tuesday by Muslims around the world demands that Katy Perry’s music video for “Dark Horse,” in which a ‘God’ pendant is seen being burned, be removed from Youtube.

At 1:15 into the video, a man is shown wearing two pendants, one of which says God in Arabic. Perry, who plays a queen-like figure in the video, zaps the man with lightening and he disintegrates into sand; his pendant disappearing with him. 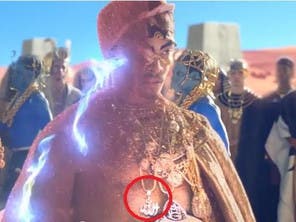 Petitioners argue that the pop diva is meant to symbolize the opposition of God, making the video blasphemous.

The video, which has a cartoonish Ancient Egypt theme, features other nonsensical aspects such as cat-human hybrid as body guards with whom Perry pole dances with, a dog which walks on its hind legs, and Perry eating spicy junk food.

The petition, which has garnered 30,000 signatures so far, says that its support will show that, “that people from different walks of life, different religions and from different parts of the world, agree that the video promotes blasphemy, using the name of God in an irrelevant and distasteful manner would be considered inappropriate by any religion.”

Nida Ahmed from Huddersfield, UK signed on the petition that the video shows “great disrespect to Islam yet these lot say we are the bad ones well hah shame on these people (sic).”

Unik Salihu from Sweden said, “I as a Muslim, think this is a disgrace. Does she want to start a war against Muslims? This video is insulting to us and needs to be removed before something happens! (sic).”

Faeezah Shaik from South Africa said: “Artists should consider the impact their ‘art’ would have on society and not just go ahead and do things for the sake of being controversial. There are over 2 billion Muslims in the world, all of whom would be extremely hurt and angered to see their God’s name depicted in such a tasteless manner!”

This is not the first time the “California Girls” singer has caused controversy over her cultural insensitivities. Backlash ensued after the singer donned what critics called a regressive representation of Japanese culture while performing her hit “Unconditionally” at the American Music Awards last month.

The international pop star released the music video on Feb. 20 on her official Twitter page to her more than 50 million followers. It currently has almost 30 million views.