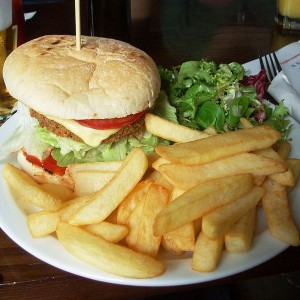 According to a stunning new report from the U.S. Department of Agriculture, nearly a third of all food produced in the United States gets wasted.  We are probably the most wasteful society in the history of the planet, and we are also one of the most gluttonous.  More than 35 percent of all Americans are considered to be officially “obese” by the Centers for Disease Control and Prevention.  Unfortunately, this era of gluttony and taking food for granted will soon be coming to an end.  Thanks to crippling drought in key growing areas and other extremely bizarre weather patterns, a massive food crisis is beginning to emerge all over the planet.  If you don’t think that this is going to affect you, then you simply are not paying attention. Approximately half of all produce grown in the United States comes from the state of California, and right now California is suffering through the worst stretch of drought on record.  Food prices are going to start soaring, and that is going to affect the household budget of every family in America.

Needless to say, a time is coming when Americans will not waste food so recklessly.  But for the moment, we still have a tremendous amount of disrespect for the value of food.  According to the U.S. Department of Agriculture, we waste a staggering 133 billion pounds of food each year…

Nearly a third of the 430 billion pounds of food produced for Americans to eat is wasted, a potential catastrophe for landfills and a wake-up call to officials scrambling to feed the hungry, according to a stunning new report from the Department of Agriculture.

The just-issued report revealed that in 2010, 31 percent, or 133 billion pounds, of food produced for Americans to eat was wasted, either molded or improperly cooked, suffered “natural shrinkage” due to moisture loss, or because people became disinterested in what they purchased.

Not that we need to stuff any more food into our mouths.  As I mentioned above, we have an epidemic of obesity in this nation.  In fact, the CDC says that 35 percent of the entire population is “obese”…

Meanwhile, according to the Centers for Disease Control and Prevention, more than one-third of US adults (35.7 percent) are obese, which is perhaps the best argument that Americans can offset a large part of the food waste problem by simply eating less. The estimated annual medical cost of obesity in the US was $147 billion in 2008; the costs of providing medical assistance for individuals who are obese were $1,429 higher than those of normal weight, thereby placing an enormous strain on healthcare costs.

Since we are such gluttons and we are so incredibly wasteful, we should have plenty of food to share with those in need, right?

Unfortunately, we are also extremely greedy and greatly lacking in compassion.

As I have written about previously, feeding the homeless has been banned in cities all over the nation, and other cities have passed regulations that greatly discourage the feeding of the homeless…

Feeding the homeless is about to get harder as a new policy is set to begin this Saturday, Feb. 15, in Columbia, SC. Charities and non-profits will be required to pay a fee and obtain a permit 15 days in advance in order to feed the homeless in parks.

One impacted charity that was interviewed by the Free Times, Food Not Bombs, has been serving food to the homeless in Finlay Park every Sunday for 12 years. The group’s organizer, Judith Turnipseed, noted that the group has an impeccable track record and always tidies up after the meal. But with the new crackdown, Food Not Bombs will have to pay at least $120 per week for the right to feed the homeless.

Since the Columbia City Council approved its exile plan in August, the city has been trying to herd its homeless people to a shelter on the outskirts of town and keep them away from downtown. If charities continue to provide food in downtown parks, the thinking goes, it will allow homeless people to continue to live downtown, rather than being forced to leave.

What is wrong with us?

While we stuff our faces with more french fries and chicken wings, we have an appalling lack of compassion for those that are not able to take care of themselves.

Perhaps we deserve what is coming.

The horrible drought that never seems to end is rapidly turning much of the western half of the country into a barren wasteland.

You can see some incredible before and after photos of the drought in California right here.

If a miracle does not happen, the upcoming growing season is going to be absolutely disastrous.  As I have written about previously, California farmers have already decided to allow half a million acres of farmland to sit idle this year because of the extremely dry conditions.

And it certainly does not help that the government has decided to cut off water supplies to many of the farmers.  The following is an excerpt from a recent article by Holly Deyo…

Government has lost its mind. It is no more evident than their decision last week to cut off water to America’s food basket. Squeezed by the worst-ever drought in the state’s history, California is dying of thirst. Crushing news was delivered to farmer’s that no water would be coming from the Federal government. This dreaded decision was compounded by the Sierra Mountains getting just 25% of normal snowpack. There is no water to replenish already dangerously low reservoirs, so no water for farmers.

Needless to say, there are a lot of farmers that are going to be absolutely crippled by this.  The following is from Fox News…

A federal agency’s recent announcement that the California’s Central Valley will get zero percent water allocation this year was devastating for farmers already dealing with the worst drought seen in decades.

One of the world’s most productive agricultural regions, the enormous valley is reeling after the driest year in more than a century. But last week, the Department of Interior’s Bureau of Reclamation, which supplies water to a third of the irrigated farmland in California through a 500-mile network of canals and tunnel, said it won’t be able to deliver any of the water sought by farmers.

“It goes beyond devastation, you’re going to see farms that have been in business 30 and 40 years, they do not have any water, they are out of business,” said Dennis Falaschi, general manager of the Panoche Water District.

If California produces much less food than it normally does, that means that food prices are going to start skyrocketing.  Here is more from Holly Deyo…

As one Millennium-Ark reader pointed out in an email last week, after the jump in beef prices, people will look to chicken, pork, fish and turkey. Chicken is already up though not as much as beef.  This will, in turn, drive up their costs and affect availability of these other meats. Keep in mind that California also produces all of these proteins plus lamb. Then consider this: Ag Specialists Warn of Higher Wheat Prices Due to Drought. It’s not just beef, weather is clobbering food from all angles.

And please keep in mind that the total size of the U.S. cattle herd has already been shrinking for seven years in a row, and that it is now the smallest that it has been since 1951.

But back in 1951, the size of the U.S. population was less than half of what it is today.

For much more on the emerging food crisis, please see this video.

Let us certainly hope and pray that the drought in California ends soon and that things get back to normal.

But I wouldn’t count on that.

According to National Geographic, the scientific experts that have studied these things tell us that it has been quite common throughout history for that region of North America to suffer through extended droughts that last for a decade or more.

One drought even lasted for about 200 years.

So the current drought in California might end next year.

Or it might last for the rest of our lifetimes.

We simply do not know.

But what does seem clear is that the days of taking our food for granted will soon be coming to an end. 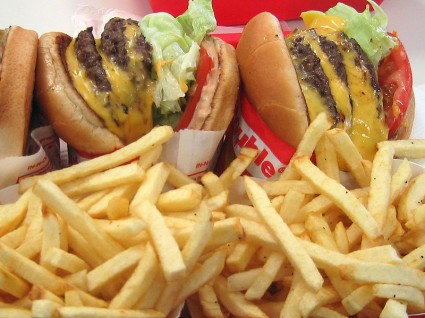