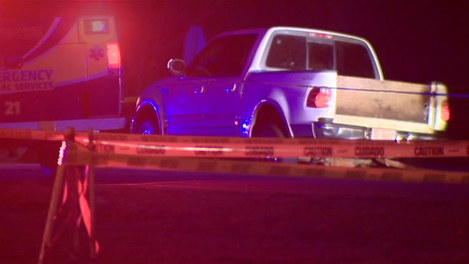 In a state where it was once commonplace to carry a hunting rifle in the back window of one’s truck at all times, a man has been shot by York County, South Carolina deputies because Deputy Terrence Knox thought that the man was reaching for a rifle in the back of his truck.

The victim, 70-year-old Bobby Canipe, was, of course, not reaching for a rifle but for his cane which he kept in the bed of the truck.

The shooting occurred when Canipe was pulled over by Deputy Knox due to an expired license plate on Tuesday evening. Deputies claim that Canipe got out of the vehicle and reached into the back of his truck, which is when fear overtook Deputy Knox. Knox then fired not one but several shots at Canipe, hitting him once.

Fortunately, Canipe is expected to recover.

Trent Faris, official spokesman of the York County Sheriff’s Office stated that the shooting was unfortunate but “appeared to be appropriate because Knox felt an imminent threat to his life,”according to the Associated Press.

Deputy Knox has since been placed on paid vacation, also known as paid leave, while the South Carolina Law Enforcement Division “investigates” the incident and does whatever it can to blame the victim and eliminate any legitimacy to claims of wrongdoing on the part of the fearless deputy.

Of course, Deputy Knox had every right to be afraid. Disabled septuagenarians are, after all, the group most responsible for the deaths of deputies in the United States. It is also quite possible that Mr. Canipe was a domestic terrorist, making Deputy Knox’s uncontrollable terror all the more justified.

Still, if an old man with a cane represents a situation in which such violent panic must take place on the part of the Deputy, perhaps he should find a career that does not frighten him so much? Although police work itself is not as dangerous as media outlets and Law Enforcement agencies would have us believe, Deputy Knox would clearly be suited to a profession that does not involve real responsibility, a requirement to make quick decisions, or, obviously, the slightest bit of courage.

Of course, it is no surprise that the Sheriff’s Office is defending the excessive and irrational force used by Deputy Knox. What is missing, however, is the full application of the logic used to do so.

If Deputy Knox is justified in shooting elderly disabled men because he concocts a scenario in which the man may be reaching for a rifle, then does it rightly follow that the American people are justified in firing shots at armed individuals who are part of an organization that is responsible for more American deaths than the war in Iraq?

All sarcasm aside, first responders such as police and sheriffs departments are supposed to be trained to deal with emergency situations in a professional and appropriate manner. However, if these first responders are to carry weapons, their job duties are all the more serious in nature. Thus, as in careers such as emergency medical technicians and surgeons etc., there is no room for errors when those weapons are discharged.

In the new American police state, however, even a mere apology is most unlikely.