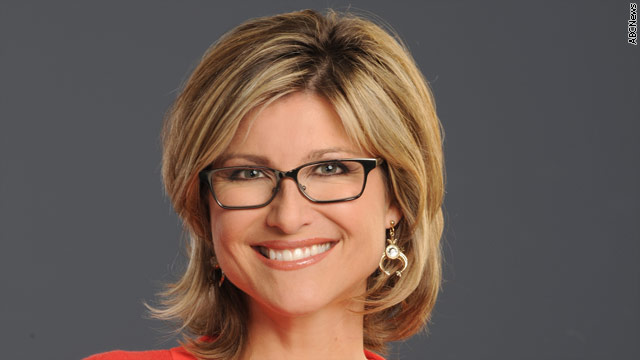 When the possibility of a conspiracy is so blatant that even CNN comments on it, you know that the government is losing it’s grip over the Ministry of Truth…ahem..the mainstream media.

Alternative news outlets suggested immediately that something was awry with the official story. One particularly well-researched article suggested that the entire thing was a government-sponsored false flag event. There were entire websites dedicated to discussions of fake blood, crisis actors, and other strange bits of evidence that just didn’t paint the picture that we were supposed to believe.

Now, on the February 26th episode of Legal View with Ashleigh Banfield, the Canadian-American journalist asked her guest, “…did you find out something that the rest of us hadn’t pieced together, that perhaps the Boston bombings may never have occurred?”

See the entire transcript of the interview below.

Following is the pertinent segment of the “rush transcript” of the episode of CNN’s Legal View with Ashleigh Banfield that aired on Feb. 26, 2014 at 12 Eastern Time.

Could the Boston Marathon bombings have been prevented? It is a massive question. It is a big question because there are new questions and connections to a triple murder that happened just a year-and-a- half beforehand.

BANFIELD: Three men who were slashed to death in a drug den, a leading suspect who was shot to death by the FBI, and in between that the Boston Marathon bombings. None of those cases is new. The triple murder happened two-and-a-half years ago. But despite an undeniable connection in the person of this man, Tamerlan Tsarnaev, only the bombings have been solved.

And the more we learn about the other cases, the more questions seem to really pop up about the bombings and whether we ever really needed to solve them at all. Whether they would have even happened. Questions that range from very trouble to downright shocking. My guest has uncovered reams of new and surprising information in a piece that she reported for “Boston” magazine.

Susan Zalkind, I want to start with the first question, and that is this. This is an exhaustive piece that I have read by you. It’s in this issue of the magazine.

When you went through the triple murders that happened in 2011, the connection with Tamerlan Tsarnaev, the connection down to Todashev, the suspect in Florida, and his friends, girlfriend, the FBI, et cetera, did you find out something that the rest of us hadn’t pieced together, that perhaps the Boston bombings may never have occurred?

SUSAN ZALKIND, “BOSTON MAGAZINE”: Well, you put together that this is really three stories all rolled up into one.

We’ve got an unsolved triple murder, we’ve got a Boston marathon bombing and we’ve got a man shot to death in his own apartment in Florida.

And the only official statement that we have from authorities right now comes out of court documents related to Dzhokhar Tsarnaev which officially states the FBI’s contention that Ibragim Todashev implicated Tamerlan Tsarnaev in that gruesome triple murder in Waltham.

BANFIELD: And remind our viewers, because there are so many details –

ZALKIND: There’s a lot of details.

BANFIELD: We haven’t had a year since the bombings to put it all together.

The death of Todashev in the apartment in Florida –

BANFIELD: — at the hands of the FBI –

ZALKIND: Yes. And there were two Massachusetts state troopers present, as well.

BANFIELD: Who were present, as well.

It was immediately after the potential signing of a confession to the triple murders? Is this what this is about?

ZALKIND: Those are the leaked reports. And we haven’t had any official accounts about this.

I actually just got a press release just this afternoon saying that the Florida state prosecutor who is conducting an independent investigation into this FBI shooting, he will have his own independent report out by the end of March.

And that’s the first official date that we have had that there will be any official report as to what happened in that room.

BANFIELD: In that apartment.

ZALKIND: In that apartment.

BANFIELD: And you’re saying this is the Florida investigation.

ZALKIND: This is the Florida –

BANFIELD: This is not the FBI.

ZALKIND: This is not the FBI.

BANFIELD: They said that they would — because there’s all sorts of — there’s all these different versions of what happened to Todashev.

He’s sitting at a table. They say he rushed the officers with either a knife, and then in another account it’s a pipe. He has a shotgun — or rather, a gunshot to the head, to the top of the head.

BANFIELD: So, first of all, it’s interesting that you break this news right now, that the authorities in Florida are going to release the information, that perhaps the FBI has not had the control over them, if there is such a thing, to stop them from doing so, as they continue the investigation into who may have played a wider role in the bombing.

Do they perhaps then not see that there is a wider role that Todashev and others may not have had anything to do with the bombings at the marathon?

ZALKIND: Like I told you before, all we have is this one official statement, the FBI’s contention, that Ibragim Todashev implicated Tamerlan Tsarnaev in that grisly, grisly triple murder in Waltham.

And so you have to — there is a lot of questions here. My investigation starts with Waltham and there are a lot of leads that local officials didn’t go through there.

And then it ends actually in late fall, where I find the FBI’s still reaching out to Ibragim Todashev’s friends, asking them very, very basic questions about the Boston –

BANFIELD: Well, while that may have been, you know, at least some respite for these victims’ families in Waltham who have been waiting and waiting for some sort of solution –

BANFIELD: It’s not much.

BANFIELD: Let me just ask one question. There was one spot where I just stopped and my mouth dropped open, and that was this.

ZALKIND: All she says — she told me she was in the condo with him and he heard about the Boston marathon bombings, assumingly after Tamerlan Tsarnaev died, and he was very, very sad.

BANFIELD: Shockingly, as good friends, it’s amazing he wasn’t investigated back in 2011.

It’s a great piece. You’ve done a lot of work. I highly recommend people take a look. There is a lot –

BANFIELD: — that you have uncovered and you’ve written about. Hopefully, we’ll get some answers.

When was the date that the Florida investigators are going to release the report?

ZALKIND: They said by the end of March 2014. This is the first time we’ve ever heard a solid month date of any sort of report coming out of these –

BANFIELD: You’ll have to come back and tell us if it sheds anymore light on anything else.

Thank you, Susan. Good to meet you.

ZALKIND: So good to be here.