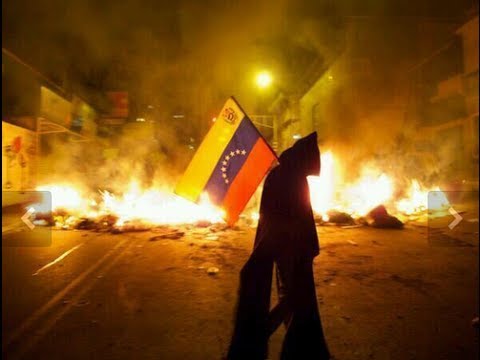 We no longer have to ask foreign refugees what it is like living inside a police state. All we have to do is to read the daily accounts of innocent Americans being abused and murdered through the excessive use of force being used by local police who have been federalized by the Department of Homeland Security.

What used to be the beacon of hope, has rapidly become the spotlight of tyranny. I am speaking of America, both then and now.

What follows in this article are both typical and daily examples of how a DHS federalized local police force will act like Stalin’s KGB and abuse its citizens. Acts of police brutality against American citizens is a daily event which takes place multiple times across our country. Not a day goes by that we do not see the unjustified use of deadly force used against innocent citizens and the perpetrators of this state-sponsored violence are rarely, if ever, brought to justice.

Finally, this article will compare the evolving genocide being perpetrated against Venezuelan protesters to what recently released military documents state are in store for future American protesters. The parallels are exceptionally disturbing.

Why are the police obsessed with taking our DNA while stopping us for the most petty of traffic offenses?  Twenty-six states and the federal government allow genetic swabs to be taken after a felony arrest and without a warrant. Each has different procedures, but in all cases, only a profile is created. About 13 individual markers of some 3 billion are isolated from a suspect’s DNA. And of course, the Obama administration is in favor of seemingly everything, including the taking of our DNA without a warrant.

Is the government doing this because they can, or because they have something nefarious planned for our future with regard to the misuse of our DNA?

Can anyone make some sense out of this Fourth Amendment violation?

The Unwarranted Abuse of Police Power

The following cases are occurring on a daily basis multiple times.

Consider what Chicago is doing with a two million dollar grant from the National Institute of Justice. The list was constructed from predictive schema of 400 people mostly likely to commit a crime and one does not have to have a criminal record to make the list.

Also in Chicago, and in a case of “I’ve got low friends in high places”, former Chicago police Superintendent, Jody Weis, who ordered the 2011 re-investigation of David Koschman’s death, recently stated that he’s concerned that high-ranking cops apparently fabricated a self-defense claim to avoid charging a nephew of Mayor Richard M. Daley with murder.

In Austin, Texas, the police arrest a female jogger, physically brutalize her for not carrying an ID and then their police chief, Art Acevedo defends the practice in public.

In Oklahoma City, it is worse. Luis Rodriguez, 44, goes to the movies and is murdered by the police for being in the wrong place at the wrong time. The family is suing, but that won’t bring back Luis.

In Tennessee, even when you prove you are innocent of DUI, you are still guilty in a country where the DHS federalized police are judge, jury and executioner. The Tennessee Supreme Court decided last Thursday that the only use for roadside sobriety tests is to collect evidence against motorists, using them to convict individuals for driving under the influence of alcohol (DUI). The high court justices overturned an appellate decision from 2012 that found a driver who passed six of the tests and should never have been arrested (view 2012 ruling). David D. Bell was arrested on May 13, 2009, even though the trial judge found no evidence of impairment in the sobriety tests when he reviewed the dashcam footage. This is a case of you are guilty because “we say you are”.

The above accounts are representative of reports of police state abuse of innocent citizens. You are no longer protected by the Constitution. You have no rights. And in what is, perhaps, the most disturbing outgrowth of this decent into tyranny, has to do with what the government plans to do with protesters.

Venezuela Is a Laboratory for Emerging Genocide.

Government forces in Venezuela are summarily executing its citizens from motorcycles. Authorities are also breaking down doors of apartment buildings and murdering “suspected” protesters. Protesters are being murdered by the Venezuelan government without trial.

Some citizens, who are luckier than most are simply being arrested for “suspicion” of protest.  Last week, government opposition leader Leopoldo Lopez surrendered to authorities. He is charged with inciting violence and opposition to the government. His arrest led to even more protesting. Venezuelan citizen, Gauber Venot, stated “It’s important we have foreign media here. Our media is censored; we learn about our own country from outside sources.”  So is ours Mr. Venot, so is ours.

Of course, this is Venezuela and this could never happen in America. Perhaps one might want to revise this consideration in light of recently released American military documents.

I think the public has a right to know how its government plans to handle future protests. Is America the new Venezuela?  A previously secret document which was leaked online; entitled FM 3-39.40 Internment and Resettlement Operations (PDF).

I am hard pressed to make this comparison any more clear. The parallels speak clearly for themselves.

What is the difference between Venezuela and America? The short answer is that there is no difference. America is well on its way to being a full-fledged police state. However, that is not the most disturbing thing. The most disturbing outgrowth of living in Police State America, is that we are passively accepting this abuse.