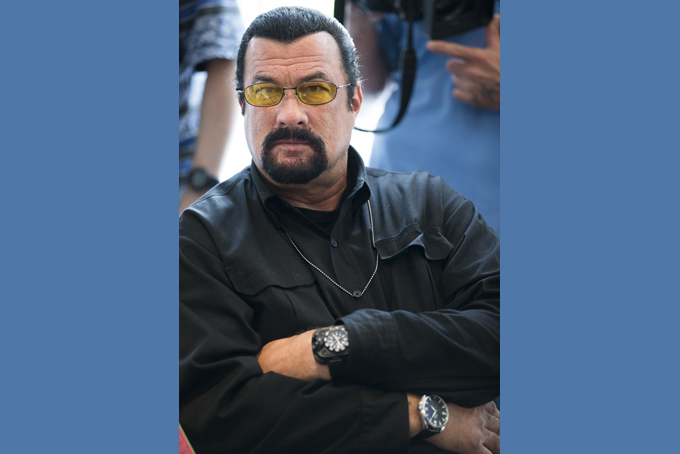 It’s always nice to see someone with roots in Hollywood and the entertainment industry who actually sees the light when it comes to our current government, because it seems that celebrities have more pull with the general public than do garden variety truth-tellers without fancy dressing rooms and fashion stylists.

Do you remember Steven Seagal? He is the 1990s action star who was featured in such flicks as Under Seige, Above the Law, Hard to Kill, Marked for Death, Exit Wounds, and Machete. He’s also bad to the bone in real life: Seagal is a 7th degree black belt in Aikido and has been a reserve deputy sheriff in Jefferson Parish, Louisiana and Maricopa County, Arizona.

Now, fed up with our current administration, he’s stepping back into the public eye. Seagal is considering a run for the governor’s seat in Arizona. During an impromptu speech at Phoenix’s Western Conservative Conference on February 22, 2014,he voiced his disgust, saying:

“When we have a leadership that thinks the Constitution is a joke, when we have a president who has almost a thousand executive orders now, when we have a Department of Justice that thinks that any kind of a judicial system that they make up as they’re going along can get by with whatever it is that they want to do…what’s happened with the truth about any of some of the greatest scandals in American history that have happened right before our eyes?”

Then straight out, he said with all certainty that if the truth came out about Benghazi, President Barack Obama would be impeached.