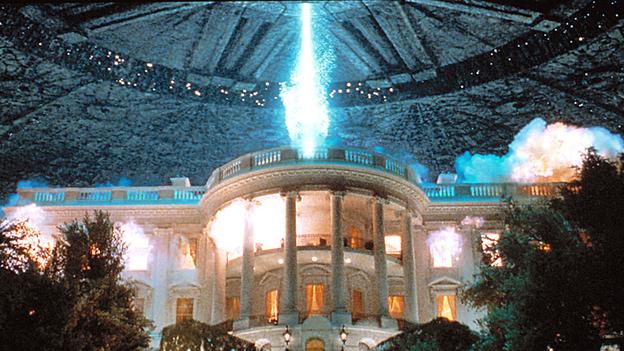 How many of you cheered when this happened?

This article is in response to a Pravda article which raised the question, can the United States be bombed by drones of foreign powers?

Actually, there is legal precedence that may allow Mr. Obama to be assassinated by a foreign power. And such an act, while odious to many, would be perfectly legal. In fact, the same arguments that America has used in the past could be used to justify the assignation.

No person employed by or acting on behalf of the United States Government shall engage in, or conspire to engage in, assassination. –

Nothing in the present Charter shall impair the inherent right of individual or collective self-defense if an armed attack occurs against a Member of the United Nations, until the Security Council has taken measures necessary to maintain international peace and security. Measures taken by Members in the exercise of this right of self-defense shall be immediately reported to the Security Council and shall not in any way affect the authority and responsibility of the Security Council under the present Charter to take at any time such action as it deems necessary in order to maintain or restore international peace and security.

Nathan Canestaro, a member of the Afghanistan Task Force, Central Intelligence Agency and of the CIA DCI Interagency Balkan Task Force wrote in American law and policy on assassinations of foreign leaders: the practicality of maintaining the status quo about the determinations made by The Hague Peace Conferences:

Civilians, who work directly to conduct the war, or occupy a role normally held by a soldier, are valid targets. There is also a legal consensus that a civilian head of state who serves as commander-in-chief of the armed forces falls within this category. Other civilians who occupy positions of special importance or significance—such as weapons development—that are more valuable to their government in their current role than any contribution they could have made on the front lines, are similarly subject to attack.

Today, We are at war with terror. A war without borders or uniforms. The Hague Treaty has been signed by and/or ratified by China, Cuba, France, Russia, Italy, Japan, Mexico, Spain, and the United Kingdom. Any one, or all of them, could legally assassinate Mr. Obama with presumable good cause during this war.

Madmen do not need reasons, nor does the wind need a reason to go the way it does. But there are many civil rights reasons why a foreign power could assassinate Mr. Obama.

A foreign power need only to pick one, and then act.

The legal right of any lawful government to defend itself against violent overthrow can hardly be questioned. The right of any government to join in the defense of its allies or friends to protect their or its own vital interests is an ancient and well established practice. It is, however, also part of the American heritage that the people, feeling themselves aggrieved by a foreign power or a tyrannical regime, have the legal right and “it is their duty to throw off such government.” The United States has the legal right to assist in the defense of the government of Vietnam.”

Now substitute the words Pakistan for South Vietnam and Russia for America, and it becomes this:

The legal right of any lawful government to defend itself against violent overthrow can hardly be questioned. The right of any government to join in the defense of its allies or friends to protect their or its own vital interests is an ancient and well established practice. It is, however, also part of the Russian heritage that the people, feeling themselves aggrieved by a foreign power or a tyrannical regime, have the legal right and “it is their duty to throw off such government.” The Russian Federation has the legal right to assist in the defense of the government of Pakistan.”

Below is a graphic which demonstrates the number of drone strikes conducted in Pakistan by year, starting in 2004, and ending 2013, as compiled by  the New America Foundation. (As of 25 December 2013)

Each civilian death can be declared an act of war by an aggressor, and therefore Pakistan would be within its rights to ask for help by any of the signers of the Hague Treaty for assistance.

According to the paper “State-Sponsored Assassination In International and Domestic Law” written by the Yale Journal of International Law, it is argued that as long as the execution of a leader was the only strike upon a nation, it would not be considered an act of war, but rather justified.

Canestaro ends his paper with this:

After examining the United States’ recent history of military action, it seems that the typical strategy of our government during the past twenty-five years rarely, if ever, is prohibited by either domestic or international law. When dealing with rogue dictators or terrorists such as Saddam Hussein or Usama bin Laden, the United States has consistently employed aerial bombardment and cruise missile attacks to strike at them directly. As each was an attack against a military target or a counterterror operation, any resulting deaths would not be considered assassinations under the Clinton and Reagan exceptions to Executive Order 12333. Under international law, missiles and bombs are not deemed treacherous, and their use does not constitute outlawry. Although the United States did not strike under a formal declaration of war, in each case it responded either to a threat of attack or an actual attack against it or another state. Both of these situations would justify the use of force as a matter of self-defense under Article 51 of the U.N. Charter.

And therefore, Mr. Obama could be subject to a  lawful assassination by a foreign power for his terroristic acts against a free and sovereign people.

NOTICE: This is not a call an assassination of  the President, but rather an academic study, and any illegal act is disavowed by this network.  And no, Secret Service, I don’t need a visit.