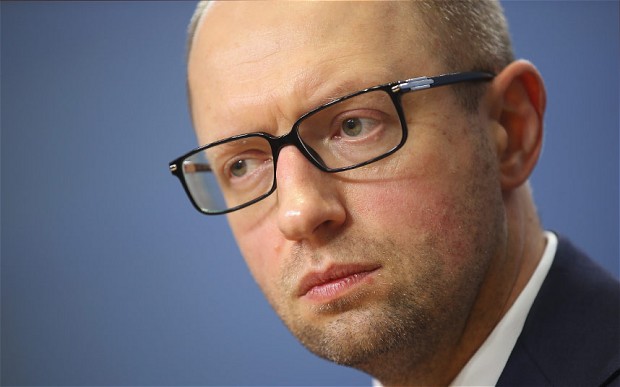 “We are on the brink of disaster”

“This is actually a declaration of war on my country. We urge Putin to pull back his troops from this country and honour bilateral agreements. If he wants to be the president who started a war between two neighboring and friendly countries, he has reached his target within a few inches,” said Yatseniuk, warning, “We are on the brink of disaster.”

Although there has been no violence, Russian troops now occupy key positions throughout the Crimean peninsula, including airports and communication hubs.

Many Ukrainian armed forces in Crimea resigned their positions and are expected to take military oaths and switch sides, according to reports.

Although technically part of Ukraine, Crimea is an Autonomous Republic and authorities there have firmly sided with Russia over the conflict. Vladimir Konstantinov, Chairman of the republic’s Supreme Council, urged NATO not to send troops into the region.

US Secretary of State John Kerry reacted by issuing a series of threats, warning that Russia could be kicked out of the G8, or that the U.S. could freeze Russian business assets and precipitate a collapse of the ruble.

Meanwhile, it has been revealed that 675,000 Ukrainians left Ukraine for Russia in January and February over fears that a humanitarian catastrophe was unfolding.