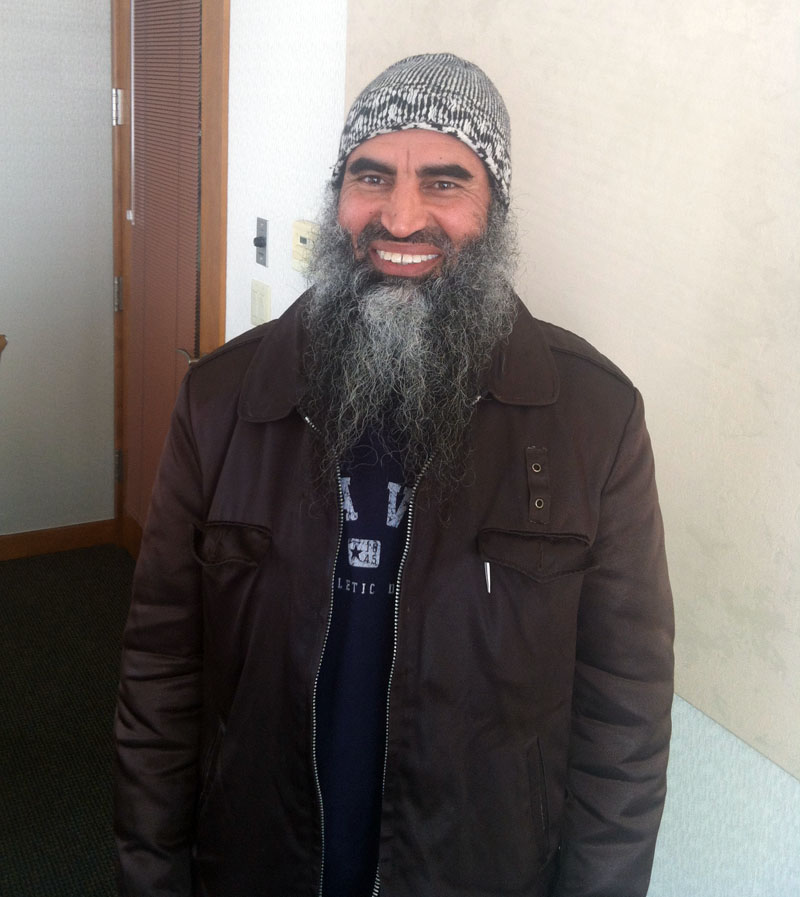 A jury in the bankrupt city of Detroit awarded a Muslim 1.1 million dollars for his inability to find a job. He claimed that he was fired for his Muslim beard — this after 17 years on the job. So for 17 years the beard was not a problem, but when he was fired, he claimed it was because he was Muslim. And the jury, socking it to “the man,” gave him $1.1 million.

“He’s Muslim, he has a scruffy beard down to his chest, he looks like he just came from Afghanistan, he’s African American because Tunisia is in Africa, I mean this man had every strike against him.”

The county denies any bias and says Aboubaker wasn’t qualified.

But the article bias celebrates this rape of the taxpayer as a return to American greatness. “The best of America was evident in court. ….It was chilling and it was surreal and you could just see the founding fathers’ words speaking out loud and clear about everyone is equal under the law.”

DETROIT (WWJ) – A jury in Detroit federal court has awarded one of the largest verdicts in an employment discrimination case to a Muslim American.

Ali Aboubaker, 56, came to Michigan over two decades ago, chasing the American dream. But he never expected what would happen, according to his attorney Shereef Akeel.

“He had come from overseas from Tunisia and became a naturalized citizen,” Akeel told WWJ’s Charlie Langton. ”He came to America for a better life and he was fired after 17 years, wrongfully fired.”

Akeel said Aboubaker was passed over for promotions and eventually fired from his job as a maintenance worker with Washtenaw County partially because of his religious mark of manhood.

“He’s Muslim, he has a scruffy beard down to his chest, he looks like he just came from Afghanistan, he’s African American because Tunisia is in Africa, I mean this man had every strike against him,” he said.

Aboubaker lost everything after he was fired, Akeel said, and was unable to find another job.

Aboubaker decided to file a lawsuit claiming employment and religious discrimination. After six long years, judgment day finally came on Thursday when a jury awarded him $1.1 million, one of the largest discrimination awards for a Muslim.

“After the verdict, he broke down crying because this is what is America to him,” he said. “And I tell you, the facts of America shined yesterday.”

The verdict shows, Akeel said, that Americans really can look past the surface and realize all citizens deserve the same basic rights,  no matter where they came from or what they look like.

“The people saw through all of this, and they saw a simple, humble man who was just terribly wronged,” he said. “They saw past the beard, saw past his name, bypassed all of the negative stigma and they just looked at the facts and the evidence and they gave the man what he lost. I mean, we got a verdict of $1.1 million which it just, it stunned the court.”

Akeel called the case one of the most influential he has ever been involved with.

“The best of America was evident in court. You had a homeless man sitting side by side with a large county government on the same even playing field and you’re trying to get his rights back. It was chilling and it was surreal and you could just see the founding fathers’ words speaking out loud and clear about everyone is equal under the law,” he said.

The county denies any bias and says Aboubaker wasn’t qualified. An appeal is planned.