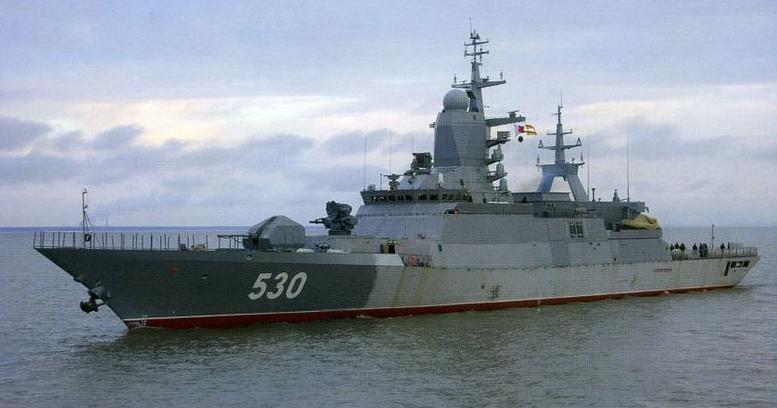 I received an email yesterday from a friend of mine who is in the Navy. He is concerned with some misinformation that is being reported in American media and some of that certainly trickles down to D.C. Clothesline. Like most small publications we rely on getting our information from limited sources and sometimes those sources are not accurate.

In light of CNN and BBC being caught red-handed manufacturing false reports in Syria, I must certainly concede that my Naval friend is a more reliable source than some of the media outlets. And if one of the big outlets passes bad information it tends to go viral throughout the blogosphere. So for what it is worth, here is his report:

Over the last few days several articles have come out regarding
the situation in Crimea. One article talked about Russian troop
movements and showed a map with troop and vehicle indicators on it, and here’s what I’d like say about those articles. Who exactly counted the tanks and vehicles as they rolled off of the transport planes? Who chose to hang around during an invasion by a foreign armed force? How accurate and trustworthy are these reports?

I saw a report of a Russian corvette off of the coast, as well as
a hover craft operating on the peninsula. For those of you not well versed in the different kinds of warships out there, a corvette is a small ship, barely more than a patrol craft in most cases. A hover craft might be big, but are normally never armed with more than one or two .50 caliber (12.5mm) machine guns. Nothing to really worry about in a naval sense, worry when the rest of the Black Sea Fleet arrives.

A report I have personally been able to do some investigation on, and legitimately call into question it’s accuracy, is  a report that 10 Ukrainian warships have turned and sided with Russia, but according to “Jane’s Fighting Ships” the Ukrainians do not even have 10 warships. Patrol craft and minesweepers yes, but those can only be called warships under an exaggerated definition of the word warship.

I can also tell you for a fact, because i saw it with my own two
eyes, that at the time of said report a Ukrainian frigate (the next
size up in warship from a corvette) one of the few they have was not far from the Greek island of Crete, and it was flying a Ukrainian ensign at the time. The hull number for any interested was U130.

I write this article because I believe that some aspects of these
reports we have been getting are misleading, whether intentionally so or not I will not say, however from this sailor’s stand point, Russia needs to be prevented from interferring with the Ukraine, they need to fight it out themselves, and the rest of us need to accept the outcome regardless of what it is. If the US, UN, or NATO take any form of military action, it should be solely against Russian armed forces, and not pro-Moscow Ukrainians.

“John Paul Jones” goes by an alias for obvious reasons. He can’t put his career in jeopardy and he is very much on our side. The current administration would not be very understanding of a Patriot-Sailor.

In my opinion, the misreporting goes back to the whole “useful idiot” theory. Sometimes the alternative media is unknowingly acting as a tool of the “powers that be.” The best thing we can do is continue to search for truth and try to maintain the highest level of accuracy possible. With that said there is no doubt that sometimes we are caught up in being a propaganda machine just like all other media.

The difference is that when we become aware of it we will correct ourselves and try to navigate back toward the truth. There is no doubt in my mind that there have been some intentional leaks of false or over-hyped information. Without seeing it with our own two eyes, we rely on sources that we feel are credible and sometimes the truth is not quite as we see it.

Would it surprise you if the media is sensationalizing Crimea? Though I can’t put full faith in a Russian News source (which may show national bias), here is something to think about from RT.com:

Ukraine’s statement at the UN that ‘16,000 Russian soldiers had been deployed’ across Crimea sparked a MSM feeding frenzy that steadfastly ignored any hard facts that got in their way.

Especially unwelcome is the fact that the so-called ‘invasion force’ has been there for 15 years already.

The media many trust described in hysterical tones how the Autonomous Republic of Crimea was under a full-scale Russian invasion with headlines like: “Ukraine says Russia sent 16,000 troops to Crimea”, “Ukraine crisis deepens as Russia sends more troops into Crimea,” as well as “What can Obama do about Russia’s invasion of Crimea?”.

You can read the full article here.

Would the Ukrainian government blatantly lie about the happenings in Crimea? If you don’t think they would you might want to think about who has been instrumental in the regime change that is happening.

This is the frustration of getting to the truth. This is why I do what I do, even though there are days I’d like to quit. There are times I end up embarrassed from passing along information that ends up later being false. But we will never do it intentionally and we will fight to expose the truth because people awakening to the truth is the only thing that can save America.