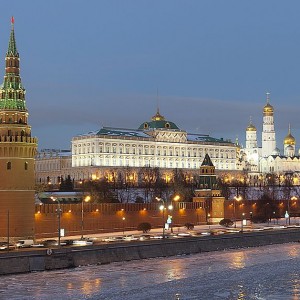 The Obama administration and the hotheads in Congress are threatening to hit Russia with “economic sanctions” for moving troops into Crimea.  Yes, those sanctions would sting a little bit, but what our politicians should be made aware of is the fact that Russian officials are promising “to respond” if economic sanctions are imposed on them.  As you will read about below, one top Kremlin adviser is even suggesting that Russia could abandon the U.S. dollar and start dumping U.S. debt.  In addition, he is also suggesting that if sanctions are imposed that Russian companies would not repay the debts that they owe U.S. banks.  Needless to say, Russia could do far more economic damage to the United States than the United States could do to Russia.  The U.S. financial system relies on the fact that the rest of the planet is going to use our currency to trade with one another and lend gigantic piles of it back to us at super low interest rates.  If the rest of the world starts changing their behavior, we are going to be in a massive amount of trouble.  Those that believe that the United States is “economically independent” are being quite delusional.

In order for U.S. economic sanctions against Russia to be effective, Europe would also have to get on board.

But that simply is not going to happen.

As I noted yesterday, Russia is the largest exporter of natural gas on the planet.  And Russia is also Europe’s largest supplier of energy.

There is no way that Europe could risk having Russia cut off the gas, especially considering the economic condition that Europe is currently in.

To get an idea of just how incredibly dependent the rest of Europe is on Russian natural gas, check out the chart in this article.  A whole bunch of European nations get more than half their natural gas from Russia.

And according to the Telegraph, even the UK has already completely ruled out economic sanctions…

Europe would be pushed back into recession, Russia into financial meltdown. This is not the sort of self harm Europe is prepared to contemplate right now. Indeed, thanks to the indiscretion of a UK official, who was snapped going into Downing Street with his briefing documents on display for all the world to see, we know this to be the case. Trade and financial sanctions have already been ruled out.

So the U.S. can do whatever it wants, but Europe is not going to be any help.  Perhaps Canada will stand with the U.S., but that will be about it.

On the flip side, the Russian Foreign Ministry is promising “to respond” if the United States does impose economic sanctions…

Russia said on Tuesday that it would retaliate if the United States imposed sanctions over Moscow’s actions in Ukraine.

“We will have to respond,” Foreign Ministry spokesman Alexander Lukashevich said in a statement. “As always in such situations, provoked by rash and irresponsible actions by Washington, we stress: this is not our choice.”

Lukashevich did not say, but top Kremlin adviser Sergei Glazyev is suggesting that Russia could abandon the U.S. dollar and refuse to pay back loans to U.S. banks…

“In the instance of sanctions being applied to stated institutions, we will have to declare the impossibility of returning those loans which were given to Russian institutions by U.S. banks,” RIA quoted Glazyev as saying.

“We will have to move into other currencies, create our own settlement system.”

He added: “We have excellent trade and economic relations with our partners in the east and south and we will find a way to reduce to nothing our financial dependence on the United States but even get out of the sanctions with a big profit to ourselves.”

Glazyev also stated that Russia could start dumping U.S. debt and encourage other nations to start doing the same.  The following comes from a Russian news source…

“We hold a decent amount of treasury bonds – more than $200 billion – and if the United States dares to freeze accounts of Russian businesses and citizens, we can no longer view America as a reliable partner,” he said. “We will encourage everybody to dump US Treasury bonds, get rid of dollars as an unreliable currency and leave the US market.“

Clearly Russian officials understand the economic leverage that they potentially have.  In fact, Glazyev seems fully convinced that Russia could cause “a crash for the financial system of the United States”…

On that last point Glazyev is perhaps overstating things.

On their own, the Russians could do a considerable amount of damage to the U.S. financial system, but I doubt that they could completely crash it.

However, if much of the rest of the world started following Russia’s lead, then things could get very interesting.

Just yesterday, I wrote about how China has chosen to publicly stand in agreement with Russia on the Ukrainian crisis.

If China also decided to abandon the U.S. dollar and start dumping U.S. debt, it would be an absolute nightmare for the U.S. financial system.

And keep in mind that the Chinese were already starting to dump a bit of U.S. debt even before this latest crisis.  In fact, China dumped nearly 50 billion dollars of U.S. debt in December alone.

The only way that the current bubble of debt-fueled false prosperity in the U.S. can continue is if the rest of the world continues to lend us trillions of dollars at ridiculously low interest rates that are way below the real rate of inflation.

And if that happened, it would be a complete and utter nightmare for our economy.

Unfortunately, most Americans have no understanding of these things.  They just assume that we are “the greatest economy in the world” and that nothing is ever going to threaten that.

Well, the truth is that we are rapidly approaching a “turning point”, and after this bubble of false prosperity pops things will never be the same in the United States again. 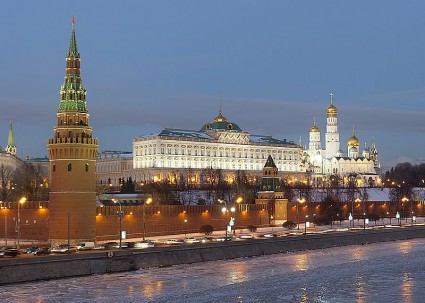