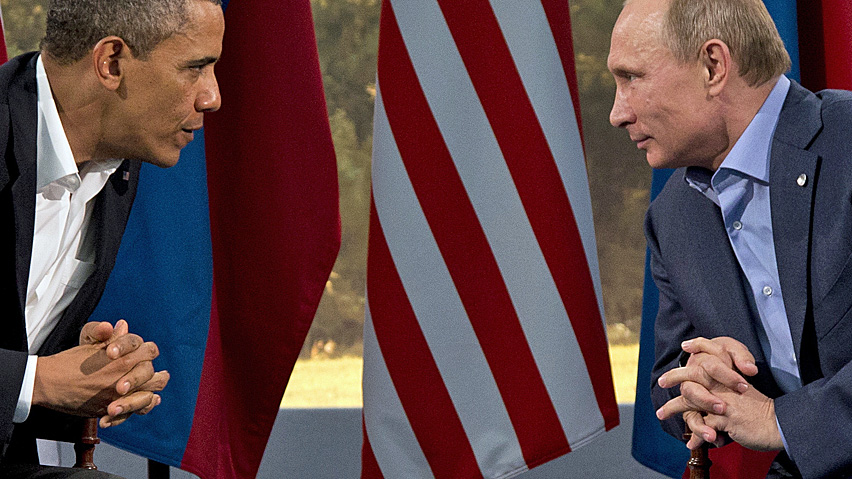 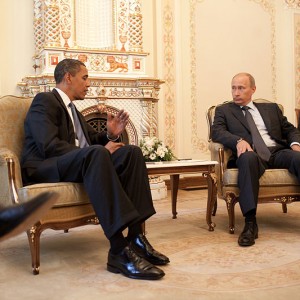 Leaving aside who is to blame for a moment, it is really frightening to think that we may be approaching the tensest moment in U.S.-Russian relations since the Cuban missile crisis.

There has been much talk about Obama’s “red lines”, but the truth is that Crimea (and in particular the naval base at Sevastopol) is a “red line” for Russia.

There is nothing that Obama could ever do that could force the Russians out of Sevastopol.  They will never, ever willingly give up that naval base.

So what in the world does Obama expect to accomplish by imposing sanctions on Russia?  By treaty, Russia is allowed to have 25,000 troops in Crimea and Russia has not sent troops into the rest of Ukraine.

Economic sanctions are not going to cause Putin to back down.  Instead, they will just cause the Russians to retaliate.

In a letter that he sent to Congress this week, Obama claimed that the Ukrainian crisis is an “unusual and extraordinary threat to the national security and foreign policy of the United States.”

Language like that is going to make it even more difficult for Obama to back down.

On Thursday, Obama announced “visa restrictions” on “those Russians and Ukrainians responsible for the Russian move into Ukraine’s Crimean Peninsula”, and a House panel passed a “symbolic resolution” that condemned Russia for its “occupation” of Crimea.

But those moves are fairly meaningless.  Leaders from both political parties are now pushing for very strong economic sanctions against Russia, and there does not appear to be many members of Congress that intend to stand in the way.

If the U.S. does hit Russia with harsh economic sanctions, what is going to happen?

Is Russia going to back down?

-Russia seizes the assets of U.S. companies that are doing business in Russia.

-The Russians refuse to pay their debts to U.S. banks.

-The U.S. government hits Russia with even stronger sanctions.

-The U.S. gets Europe to also hit Russia with economic sanctions.

-Russia starts selling oil for gold or for Russian rubles and encourages other nations to start abandoning the U.S. dollar in international trade.

Of course the order of many of these moves could ultimately turn out to be different, but I think that you can see the nightmare that this game of “chicken” could turn out to be.

And what would be the final result?

Nothing would be resolved, but the global economy would greatly suffer.

What makes all of this even more complicated is that about 60 percent of the people living in Crimea are actually ethnic Russians, and a majority of the population appears to want to leave Ukraine and be reunited with Russia.  The following comes from a Reuters article…

Crimea’s parliament voted to join Russia on Thursday and its Moscow-backed government set a referendum on the decision in 10 days’ time in a dramatic escalation of the crisis over the Ukrainian Black Sea peninsula.

The sudden acceleration of moves to bring Crimea, which has an ethnic Russian majority and has effectively been seized by Russian forces, formally under Moscow’s rule came as European Union leaders held an emergency summit groping for ways to pressure Russia to back down and accept mediation.

The Obama administration is calling the upcoming referendum “illegal” and says that it will not respect the will of the Crimean people no matter how the vote turns out.

But the people of Crimea are very serious about this, and of course they never would be pushing for reunification with Russia if they had not gotten approval from Putin…

The decision, which diplomats said could not have been made without Putin’s approval, raised the stakes in the most serious east-west confrontation since the end of the Cold War.

The vice premier of Crimea, home to Russia’s Black Sea Fleet in Sevastopol, said a referendum on the status would take place on March 16. All state property would be “nationalized”, the Russian ruble adopted and Ukrainian troops treated as occupiers and forced to surrender or leave, he said.

There is no way that the U.S. government is going to accept Crimea becoming part of Russia, and there is no way in the world that Russia is going to back down at this point.  Just consider what geopolitical expert Ian Bremmer of the Eurasia Group recently had to say…

“Russia is not going to back down from Crimea, irrespective of U.S. pressure. Which means if the U.S. wants to find any resolution here, they’re going to have to find a way to come to terms with that. Now that the Crimean parliament has voted — clearly with Russian assent — we’ll have a referendum … and then further militarization of the peninsula by the Russians.”

What we need is someone with extraordinary diplomatic skills to defuse this situation before it spirals out of control.

So why is Ukraine such a big deal anyway?

In a recent article, Peter Farmer explained succinctly why Ukraine is so incredibly important…

The Ukraine is strategically-important for a number of reasons. It sits astride enormous petroleum and natural gas deposits found in the Black Sea region. The nation is also home to an extensive network of liquid natural gas pipelines which crisscross it; control the Ukraine and you control its pipelines – and thus the flow of energy into the hugely-lucrative European market. Western energy firms such as Exxon-Mobil, BP-Amoco and Chevron are locked in competition with the Russian energy giant Gazprom – for control/exploitation of as-yet-undeveloped petroleum deposits not only in the Ukraine, but in neighboring Poland and Romania. Fracking technologies and other new extraction methods have only added urgency to the competition. Income from fossil fuels development is the lifeblood of the new Russian economy. Threats to the regional hegemony of Gazprom are likely to be treated by Putin and Russia with the utmost urgency and seriousness.

The Crimean Peninsula is also home to the Black Sea fleet of the Russian navy, which leases its base at Sevastopol from the Ukrainian government. Since the Black Sea – via the Dardanelles – provides the only warm-water base with access to the Mediterranean Sea – it is of enormous importance to Russia. Its loss would be a crippling blow to the Russian fleet.

Finally, the Ukraine – once known as the “bread basket of Europe” – is home to arguably the finest temperate agricultural region in the world. Its topsoil is widely-acknowledged by agronomists to be among the world’s best. Control the Ukraine and you control the grainery of Europe – and can exert tremendous leverage upon worldwide grain agricultural commodities prices.

If the U.S. insists on playing a game of brinksmanship over Ukraine, the consequences could be disastrous.

For one thing, as I mentioned above, the status of the petrodollar could be greatly threatened.  The following is how Jim Willie is analyzing the situation…

If the Kremlin demands Gold bullion (or even Russian Rubles) for oil payments, then the interventions to subvert the Ruble currency by the London and Wall Street houses will backfire and blow up in the bankster faces. Expect any surplus Rubles would be converted quickly to Gold bullion. If the Chinese demand that they are permitted to pay for oil shipments in Yuan currency, then the entire Petro-Dollar platform will be subjected to sledge hammers and wrecking balls. The new Petro-Yuan defacto standard will have been launched from the Shanghai outpost. If the Saudis curry favor to the Russians and Chinese by accepting non-USDollar payments for oil shipments, then the Petro-Dollar is dead and buried.

In addition, if Russia starts dumping U.S. debt and gets other nations (such as China) to start doing the same, that could create a nightmare scenario for the U.S. financial system very rapidly.

So let us hope and pray that cooler heads prevail.

In my recent article entitled “The Top 12 Signs That The U.S. Economy Is Heading Toward Another Recession“, I discussed how the U.S. economy appears to be hurtling toward another major downturn.

And on Thursday, we learned that office supplies giant Staples has just announced that it is going to close 225 stores.

Even without this major international crisis, the U.S. economy would still be deeply troubled.

But if the United States and Russia do declare “economic war” on each other, all hell could start breaking loose.

Unfortunately, there does not appear to be much hope of anyone backing down at this point.  In an editorial for the Washington Post, Henry Kissinger stated that it “is incompatible with the rules of the existing world order for Russia to annex Crimea.”

So this is the situation we are facing…

-The U.S. government seems absolutely determined to “punish” Russia until it leaves Crimea.

-Russia is never going to leave Crimea, and has promised to “respond” harshly to any sanctions.

Most Americans are not paying much attention to what is going on in Ukraine, but this is a very, very big deal.

In the end, it could potentially affect the lives of virtually every man, woman and child on the planet.