Just in case passing out free condoms to high school students isn’t controversial enough, the Boston Public School district blasted that controversy to a completely different stratosphere when they doled out these inappropriate little gems: 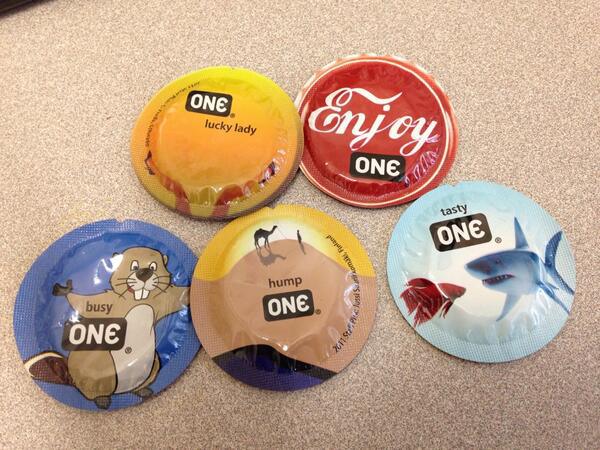 This seems to go far beyond the newly blazed trail of “If they’re going to do it, we should at least make sure they’re safe” right down the steep hill to Encouragementland.

Kids could select from such brazen designs as Busy One (featuring a beaver), Hump One, Tasty One, Enjoy One, and One Lucky Lady.

The Massachusetts Department of Public Health had donated 40,000 of the condoms to the district. After an outcry from parents, many of whom staunchly support the distribution of condoms, the prophylactics in offensive packaging were recalled.

It’s unclear how many of the 40,000 condoms were taken before the recall.

“We understand why some people may have concerns about the design,” said school system spokesman Lee McGuire. “This is why we have already taken steps to replace this supply with a donation from the Boston Public Health Commission. We have already begun to distribute these different condoms to schools so there is no interruption in our overall comprehensive sexual health education effort.”

High school students have to undergo counseling on safe-sex practices to receive the condoms.

“We made the decision to take all of those condoms out of school circulation and to go with some that had different, generic wrappers,” Boston Public Schools spokesman Brian Ballou told WBZ NewsRadio on Thursday. “We received a new distribution of 20,000 that will go to schools immediately.” (source)