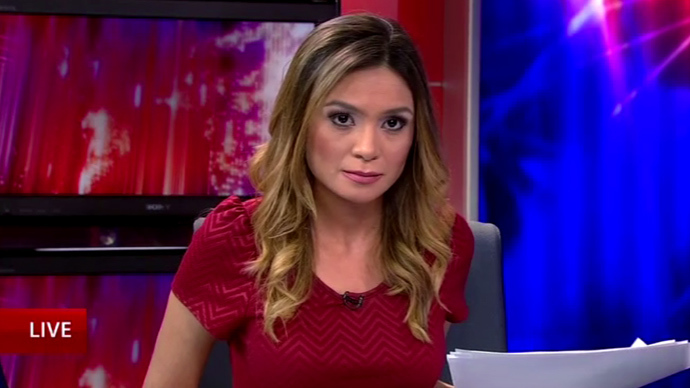 RT (Russia Today) is very popular among the alternative media crowd in the U.S.

However we sometimes forget that the Russian government has a controlling interest in this network. On Wednesday, RT anchor Liz Wahl quit her job during a live broadcast.

In case you missed her concluding remarks, she said, “I cannot be part of a network that whitewashes the actions of Putin. I am proud to be an American and believe in disseminating the truth and that is why after this newscast I’m resigning.”

Should we be surprised by her claims?

It is difficult to think that there are any major media outlets that are not state-controlled in today’s world. Last summer we exposed false media reports from CNN and the BBC in regards to Syria. In both instances the reports included fake footage. If networks will go so far as to fake footage to advance an agenda then nothing should surprise us. In Egypt, as another example, employees of Al Jazeera have been accused of threatening Coptic Christians.

Why would RT be any different?

The left-leaning Daily Beast caught up with Liz Wahl and was able to obtain a further explanation of her resignation.

But what the network’s many young viewers don’t understand, or refuse to understand, is that the channel’s message emanates from the most authoritarian of sources: the Kremlin. “I don’t think it’s a service to anybody to push a narrative that’s not true or actively twist the truth.”

“It actually makes me feel sick that I worked there,” Wahl says. “It’s not a sound news organization, not when your agenda is making America look bad.”

As much as Wahl had to suppress her guilty conscience during the two-and-a-half-years she worked for RT, she believes it’s the networks viewers—1.2 billion on YouTube—who are hurt most by its constant and deliberate distortion of the truth. “In a way I feel bad for those people because they really believe strongly that we’re telling the truth and we’re on the right side. And that’s crazy to me.”  (Read the entire article)

Ms. Wahl’s resignation comes on the heels of her colleague Abby Martin’s recent comments in which she voiced her disagreement with certain policies of the Russian government and asserted her editorial independence. The difference is, Ms. Martin spoke in the context of her own talk show, to the viewers who have been tuning in for years to hear her opinions on current events – the opinions that most media did not care about until two days ago. For years, Ms. Martin has been speaking out against US military intervention, only to be ignored by the mainstream news outlets – but with that one comment, branded as an act of defiance, she became an overnight sensation. It is a tempting example to follow.

When a journalist disagrees with the editorial position of his or her organization, the usual course of action is to address those grievances with the editor, and, if they cannot be resolved, to quit like a professional. But when someone makes a big public show of a personal decision, it is nothing more than a self-promotional stunt.

It should be noted that despite Abby Martin’s criticism of the Russian government she is still employed by RT. Those comments only happened on Monday so developments are possible.

We must also consider that firing her would likely create some very bad PR.

As for Liz Wahl…

Congratulations on standing for the truth, if that was your intention. However, if you expect to find any major media news outlet that is not state-controlled…best of luck to you.

My opinion is that the whole situation screams of a media stunt. I do not doubt that RT favors Russia in its international reports. However, if a journalist quits a state-controlled media organization, with an appeal to Patriotism, only to run to another media source that is widely perceived as a mouthpiece for the Obama Administration, then I have my doubts about her sincerity. I would not doubt that she was planted only to resign when the administration felt it was the right time. Again, those are only my reservations based on the information I have seen. It is entirely possible that Liz Wahl was sincere and I hope she was.

Anything is possible and we may never know the truth.

What do you think? Was this a conscientious reporter or a PR stunt?