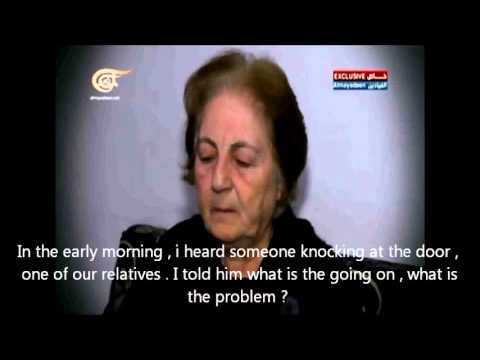 Back on January 17 and based on Arabic media,  I exposed the graphic attack on Fadi, a Christian man in Syria, who, after he was spotted wearing a cross around his neck — and thus exposed as a Christian — was beheaded by U.S.-supported “freedom fighters” and stabbed with said crucifix.

According to the original report, “And when the mujahidin [jihadis] approached the car, they noticed that Fadi was wearing a cross around his neck, so they decided to decapitate him and plant the cross in his chest.”

Now, a brief video of his mother describing her son’s ordeal gives a glimpse of the suffering of Christians and many others in Syria at the hands of the Islamic terrorists being supported by the U.S. Obama administration.