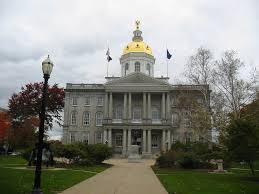 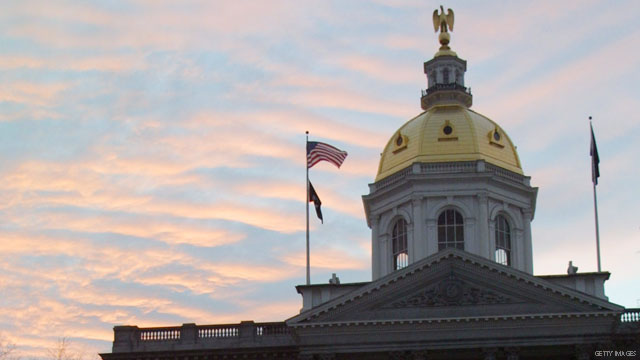 Thursday, the New Hampshire house passed a bill to thwart some of the actions of the growing surveillance state. House Bill 1533 (HB1533), which bans the use of any information obtained from a “portable electronic device” such as mobile phone in “a criminal, civil, administrative, or other proceeding,” passed by a voice vote and now moves on to the senate for further consideration.

Also this week, a house committee gave final approval to HB1567, which bans the state from obtaining “location information of an electronic device without a warrant issued by a judge based on probable cause and on a case-by-case basis.” And HB1619 was previously approved by that same committee. That bill prohibits the acquisition, collection, or retention of personal information including “personal identifiers, content, and usage, given or available to third-party providers of information and services, including telephone; electric, water and other utility services; internet service providers; social media providers; banks and financial institutions; insurance companies; and credit card companies.”

OffNow coalition member Shane Trejo said that this was an important part of the overall effort to push back against NSA spying. “These bills are an important step forward to ban local law enforcement from becoming just another arm of the national surveillance state lead by the NSA and FBI,” he said. “And by prohibiting the use of such information on a state level, it also blocks some of what the federal spies are trying to do in practice.”

NSA collects, stores, and analyzes data on countless millions of people without a warrant, and without even the mere suspicion of criminal activity. The NSA also tracks the physical location of people through their cellphones. In late 2013, the Washington Post reported that NSA is “gathering nearly 5 billion records a day on the whereabouts of cellphones around the world.” This includes location data on “tens of millions” of Americans each year – without a warrant.

Through fusion centers, state and local law enforcement act as information recipients from various federal departments under Information Sharing Environment (ISE). ISE partners include the Office of Director of National Intelligence, which is an umbrella covering 17 federal agencies and organizations, including the NSA.

The NSA also expressly shares warrantless data with state and local law enforcement through a super-secret DEA unit known as the Special Operations Division (SOD). We know that information is being used for criminal prosecutions. Reuters released documents in 2013 which prove that most of this shared data has absolutely nothing to do with national security issues. Most of it involves routine criminal investigations.

“This data sharing shoves a dagger into the heart of the Fourth Amendment,” said Trejo. ”These three bills will prevent state law enforcement from gathering warrantless data and sharing it up the chain, and it will make information vacuumed up by the feds and shared down the chain inadmissible in court, stopping a practical effect of federal spying.”

HB1533 now moves on to the state senate, where it will first need to be approved by a committee before the full senate has an opportunity to concur. HB1567 and HB1619 are due for a full state house vote before the end of March.

ACTION ITEMS
If you live in New Hampshire, take action in support of this legislation HERE
All other states, take action HERE

Please visit and support the Tenth Amendment Center where this article first appeared.