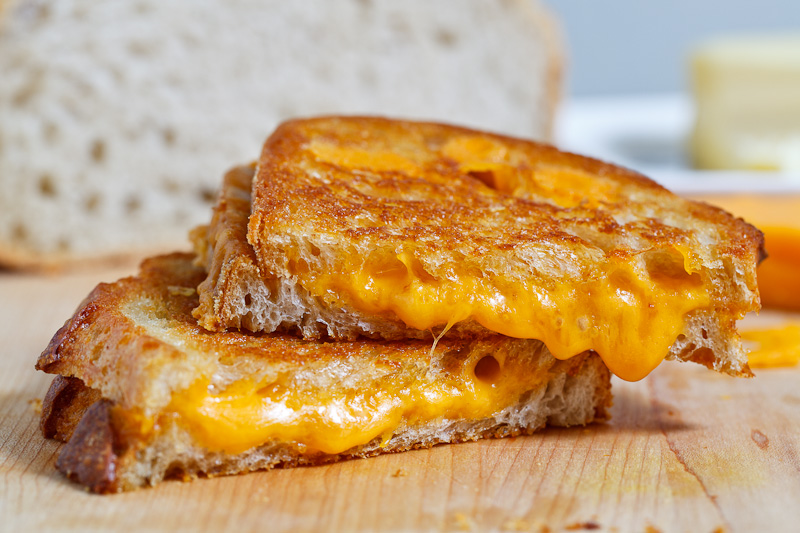 A daycare in Ottawa, Canada is not playing around with kids who bring “outside” food to their facility.

Faith’s father Randy gave his two children sandwiches to eat in the car on the way to daycare. He told CBC News he had no idea his daughter had the sandwich with her when they entered the school.

“She was two steps in, one of the teachers had saw it, handed it back to me, and then the next thing I know, I’m told we’re suspended for three days.”

The school takes care of 148 children ranging in age from 18 months to 12 years. It has a zero-tolerance policy when it comes to “outside food” because some students have food allergies. Bring in dairy products, and your child will be suspended for three days. Should your child smuggle in any food that contains peanuts, the penalty will be immediate expulsion.

Daycare director Deb Ducharme says she understands the consequences are difficult on parents but has to enforce the penalties because some of the students have life-threatening sensitivities:

“We need to ensure their well-being and safety. Most parents are comfortable with our rules because it creates a safe environment for their children.”

Randy said he understands why the school confiscated the sandwich, but he thinks the 3-day suspension is excessive:

“This wasn’t a packed lunch or intentionally brought in. This was purely accidental by a two-year-old. The automatic suspension kind got right under my skin.”

I’m speechless. I wish they had handled it differently. They freaked out. If I’d got a warning, I’d admit my mistake and move on. But it seems they want to penalize the parents. There’s no logic to it. I’m going to the media because I think people have to speak up when something’s fishy.”

The school has signs posted that communicate the “no outside food” policy, but they are in French, a language that Randy does not speak well. Director Ducharme pointed out that the food policy is explained during registration, and that it was outlined in French and English as recently as the January issue of their monthly newsletter.

Randy told MetroNews that his children won’t be returning to the school:

“We’ve decided that I’m going to take off [work] and be Daddy Daycare for the time being until we can line somebody else up. I feel too strongly about how this all kind of played out.”

One can’t help but wonder what would have happened to Faith if the cheese sandwich had been chewed into the shape of a gun.