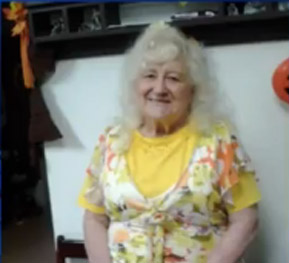 Seriously? Is jailing elderly women in the best interest of society here in Amerika?

First an elderly woman was jailed and is currently being held for violating her parole by leaving stale bread crumbs out in her yard for birds.

Now this 81-year-old grandmother Mary Root has been thrown in the slammer and held without bail because she missed a hearing due to her poor health (verified by a doctor’s letter) over some of her dogs getting out of her yard.

Did this great-grandmother deserve to sit in the slammer? Her daughter says no, but a judge ordered this 81-year-old held without bail.

The case involves her dogs and a missed court date. Her family says she had medical reasons for not showing up.

The judge has ordered Root must get rid of all of her dogs and pets. In the end, she has refused to get rid of her animals, including her seven dogs.

The woman was in such frail condition, she had to have a video bail review from jail via closed circuit television. Here’s what her daughter told WBAL-TV 11:

“I am so saddened by this. My mother is 81-years-old. She has helped everybody and loves her animals. I don’t see where there is a crime with that… Who would hold an 81-year-old in jail without bond that is not a criminal? I mean, she has no history of anything. The woman has never smoked, drank, barely cusses… She is a good Christian woman who helps everybody. She had planned to attend the court hearing, but her health made it impossible. She is a strong woman, but physically, she has battled cancer twice.”

The family says a letter from her doctor dated the day of the hearing was sent to the court, but the judge deemed it insufficient.

The judge did finally grant this lady bond, but he has ordered that she isn’t allowed to have any pets in her home.

So apparently Mary Root can’t even have a gold fish on her property anymore.

Even though the family is trying to raise the $250 for Root’s $2,500 bail, the woman refuses to leave the jail now because she does not want to continue living without her animals.

This country sure is being “protected and served”…right into a total police state.