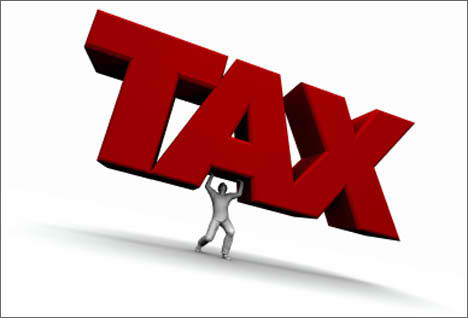 Here’s an unusual idea – a graduated income tax that would be small and fair.  I’d love to know what readers think of this idea.

The problem with a flat tax is that it hangs heaviest on the lowest income earners. A 15% flat tax on someone earning $20,000 per year is a greater burden respectively than it is on someone earning $200,000. The only way a tax is fair is if each citizen pays a share that is relative to what he can afford out of living expenses. It is a given that tax plans are always unfair is they destroy or diminish incentive to produce and earn and redistribution certainly has that much against it. But if the amounts are small enough to have minimum impact on every taxpayer, then the tax can be made fairer. After all, it is a sorrowful truth that taxes must be levied. But setting up a good system which is fair does much to keep tax burdens from hurting the standard of living, yet enable payment for essential services, such as the military, the courts, etc. on not only the Federal level, but the state and local levels as well. Taxes are expenses and expenses ought to be controlled carefully by budget conscious taxpayers.

One caveat – Once Congress passes a law which gives numbers favoring itself, the numbers ALWAYS go up.  Remember Herman Cain’s proposed “9-9-9” plan? Even Cain admitted that his plan would have ended up “20-20-20”.  This would have to be controlled and the people would have to make a noise when Congress tried to steal any more from them.

Under this scale, someone making $250,000 would pay a total annual income tax of $18,500, leaving that person with $231,500.  The scale could be continued up to a total of, say, 20%.   This would seem to me to be a fair amount of money to pay for upkeep of the Federal government if it were to be scaled down to its proper level.  This scaling down would involve the possible elimination or severe cutting down of several Federal departments, including Education, Commerce, HUD, Welfare, Energy and several others, consolidation of all security agencies, consolidation and elimination of all Federal Czars and their budgets, the IRS and several others, plus the enormous budgets, with their salaries, benefits and retirement of all these needless and wasteful departments.

This plan would obviate what is currently seen as the necessity of eliminating or cutting back Social Security.  Instead, it could be revamped so that it actually became a fund for paying out benefits instead of a piñata for the Feds to spend on other things.  In addition, all Congressional people should be put on Social Security and private insurance instead of the privileged plans they now have, and it should be done RETROACTIVELY to, say, 2000 levels.  This would mean that Charles Schumer and John Boehner alike would retire with small monthly annuities and Social Security, instead of the millions they will have.  Congressional staff should be scaled back to about 20% of its current levels and all Franking should be permanently eliminated, to be replaced by very small annual budgets to be reserved exclusively for official notices to constituents.  Thus, all electioneering via the Franking privilege should be proscribed by LAW.

I have been told that the government could not run on so little money.  I believe it SHOULD.  The only thing I’d add is an ample, but carefully traced budget for Military expenses, including the latest weapons systems.  In fact, the Military has good salary and retirement benefits which would be an excellent model for Congress.

The President’s salary is now $450,000 per year.  It should be cut back to what it once was, $250,000.  And NOT A PENNY SHOULD BE ALLOWED TO BE EARNED BY ANY FEDERAL EMPLOYEE, INCLUDING THE PRESIDENT AND MEMBERS OF CONGRESS, FROM THE PRESTIGE AND FAME OF THEIR OFFICES.

All professional lobbying should be made illegal.  Lobbying can be organized as public contact campaigns – i.e., people writing to their Congressional representatives, kept on the grass roots level.  I’d go further and say that no one should be allowed to practice law for 10 years before entering and after leaving government service.  That would put a crimp in their legislative styles.